Pliskova at peace after splitting with coach 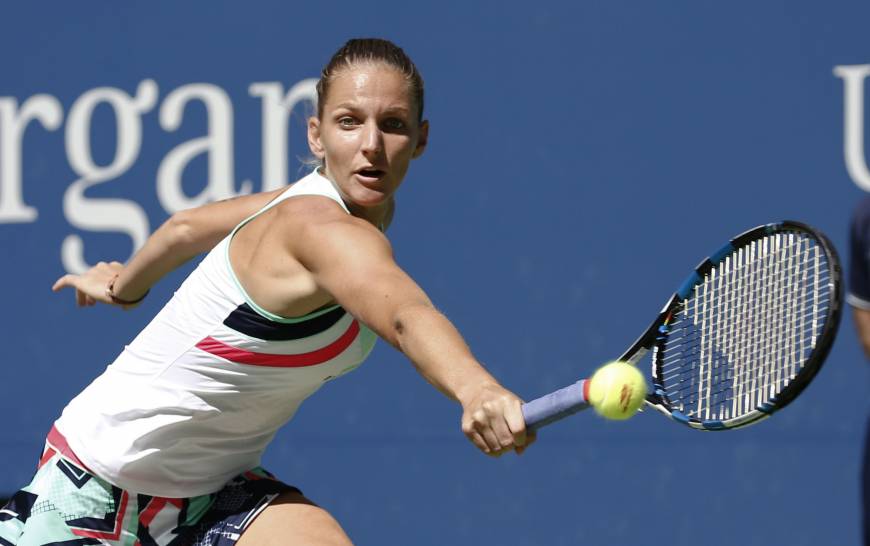 Former world No. 1 Karolina Pliskova said Tuesday her decision to split with coach David Kotyza will be the breath of fresh air she needs down the stretch run of the season toward the WTA Finals in Singapore next month.

Pliskova enjoyed a measure of success with Kotyza in 2017, winning three titles in Brisbane, Doha and Eastbourne and reaching the French Open semifinals and the quarterfinals of the U.S. Open.

But after losing her No. 1 ranking last week to Garbine Muguruza, dropping to fourth, Pliskova announced she parted ways with Kotyza ahead of the Toray Pan Pacific Open kicking off her tour through Asia.

Pliskova said she will work with her father for the remainder of the season before hiring a new coach for 2018.

“I think it was a good decision,” said Pliskova, who had topped the rankings for seven successive weeks. “I feel OK, and it was my decision. I felt like I needed a change so that’s why I did it.

“Obviously I need a coach, but it’s not the main thing in my team. I can play good even without a coach. I’m going to stay out these three tournaments without a coach. My father will come, and I will see for next season.

“This year, it’s very open when Serena (Williams) is not there. There’s a chance for everybody, every Grand Slam has had a different winner. It’s very close in the top 10.”

Pliskova lost in the second round at last year’s Pan Pacific Open after receiving a bye. The Czech Republic native is seeded second this time, and will face Poland’s Magda Linette, who defeated Austria’s Daria Gavrilova 2-6, 6-0, 7-6 (7-3) in the opening round, in her first match in the second round.

Pliskova admits to feeling fatigue this late in the season, but vowed to return to the Oct. 22-29 finals in Singapore, where she failed to get out of her group a year ago. The top eight singles players qualify for the $7 million competition.

“For now, my main goal is to get to Singapore,” the 25-year-old Pliskova said. “Anything can happen. I think it’s about a few points so every tournament it can change. I just want to play well and if I play well, I have a chance to get to world No. 1 again.

“I feel a little bit tired going into this part (of the season) but I think it’s almost the same every year. I’ve had so many matches this year, so many tournaments — a lot of traveling.

“I think it’s normal that I’m tired but I want to do the best I can for the last three or maximum four tournaments. The trip to the (United) States was quite solid, could have been better, but I played some good matches so there’s no reason not to feel confident.”