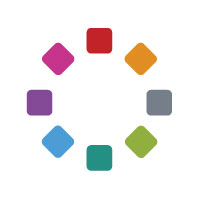 The prime minister discussed trade with US Vice President Mike Pence during their bilateral meeting in Sydney on Saturday.

Mr Trump&apos;s decision to pull out of the TPP effectively killed off the 12 country trade pact.

Mr Turnbull played down Mr Trump&apos;s protectionist rhetoric and said it was the president&apos;s “sovereign right and solemn obligation” to decide whether deals were in America&apos;s interest.

“Each nation is committed to protecting its economic interest first and foremost,” he told reporters in Sydney, saying the US government had to make its own judgements.

“President Trump is an international businessman so he can hardly be described as somebody who is unused to the benefits of international trade and commerce, he understands it very well.”

Mr Pence said the TPP was a “thing of the past” for the US.

But he said the US would look for opportunities to expand trade on a bilateral basis.

He praised the US-Australia free trade agreement as a model deal.

Previous Fractious vintage: ‘The most dangerous wine the world’
Next Cop to participate in Interpol training