“Pokemon Go” has been released in about 80 countries across the globe but it is yet to be launched in some of the world’s biggest gaming markets like India, China and South Korea. The makers of the game have promised that it will be released in India, but it hasn’t happened till date despite over a dozen Asian countries having got it.

Nintendo and Niantic released “Pokemon Go” first in the United States, Australia and New Zealand on July 6, before releasing it in other regions, including a few Asian countries like Japan, Hong Kong, Cambodia, Indonesia, Laos, Malaysia, Philippines, Singapore, Thailand, Vietnam and Taiwan.

The popularity of “Pokemon Go” has died down even before being officially released in a few countries like India, China, Pakistan, South Korea, Bangladesh, Sri Lanka etc. Most gamers from these countries might have tried the game either through APK file or VPN (Virtual Private Networks). People don’t seem to be interested in the game anymore. 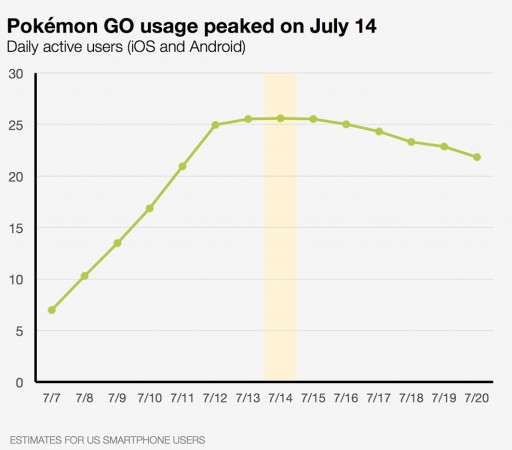 According to Survey Monkey, “Pokemon Go” users have declined drastically after peaking 25 million on July 14 and remaining steady for couple of days. It went on to say that it witnessed highest downloads on July 7. Mobile data intelligence firm Sensor Tower claimed in a report that 75 million downloads were recorded on Android and iOS platforms in just 19 days into its release, beating other games like Color Switch, Slither.io, Candy Crush Jelly Saga, Agar.io, and Piano Tiles 2 in terms of download. 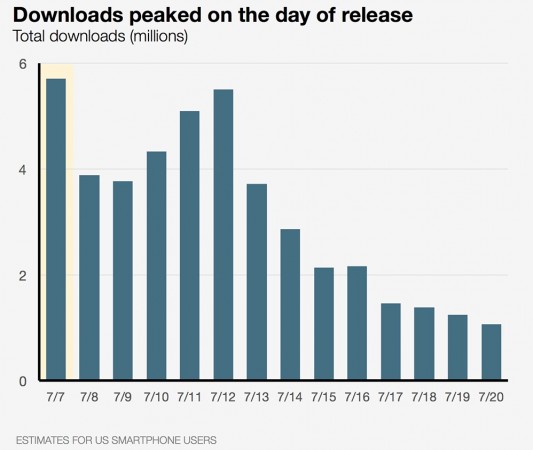 Unlike other games like Candy Crush Saga that picked up after a slow start, “Pokemon Go” downloads spiked on the day of release itself. However, curiosity around it was huge being the first AR game. Its downfall though happened earlier than expected.

The makers of the game have said that they will release the game in about 200 countries. Will the release happen only after the hype dies down completely?