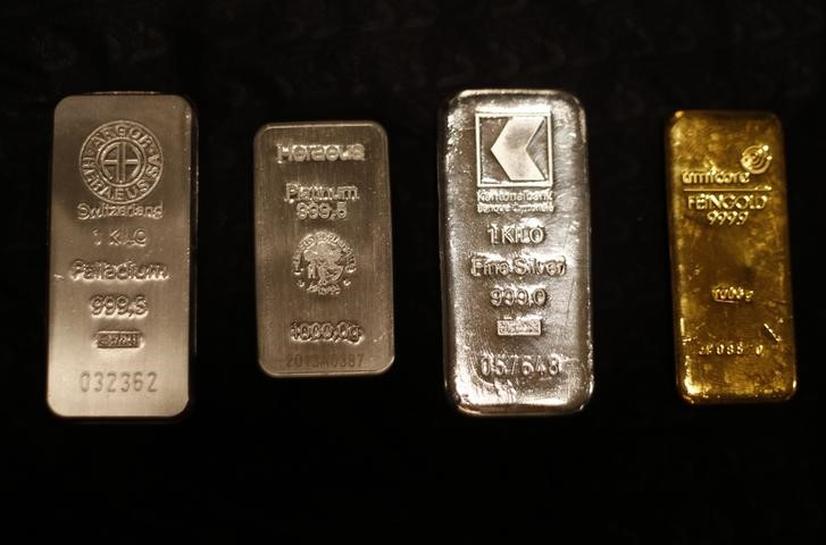 NEW YORK/LONDON Gold rose as much as 2 percent, silver hit a 10-month high and platinum climbed to its highest in six months on Tuesday, as the dollar weakened after U.S. data came in below forecasts.

U.S. housing starts fell more than expected in March and permits for future home construction hit a one-year low, suggesting some cooling in the housing market in line with signs of a sharp slowdown in economic growth in the first quarter.

“The severe technical damage that was done on the dollar is a big factor. I think that’s the driving force today,” said Eli Tesfaye, senior market strategist for brokerage RJO Futures in Chicago.

“That has not only helped precious metals … there’s not a commodity that’s not up today and that’s attributed to the weakness in the dollar.”

The dollar .DXY extended losses after the U.S. data, falling 0.6 percent against a basket of major currencies. The greenback has fallen to lows not seen since October last year in recent weeks.

Global equities climbed on Tuesday, but that did not dampen demand for gold, often seen as a hedge against risk. [MKTS/GLOB]

The Fed raised rates modestly from near zero in December, its first policy tightening in nearly a decade. While futures markets imply no further increases until December, Fed projections suggest there could be two more hikes by year-end.

(Additional reporting by A. Ananthalakshmi in Singapore; Editing by David Evans and Meredith Mazzilli)