The prime minister personally intervened to postpone the permanent berthing of the LNG tanker in Marsaxlokk, due to have taken place this afternoon, because he was ashamed of it, Opposition leader Simon Busuttil said this afternoon.

He said the prime minister was making every effort to disguise the tanker’s impact and would even be announcing a power tariffs cut in the Budget tomorrow, attempting to make the people believe this was a consequence of the LNG tanker.

Speaking at a PN activity in Marsaxlokk, Dr Busuttil insisted that the new Electrogas power station which the government had commissioned was not needed, and it was not the reason for tariff cuts. The fact that the government had committed itself to buy all its output for 18 years at a higher price than units supplied by the interconnector only served to fuel suspicion of corruption.

Dr Busuttil said the LNG tanker was today due to be permanently berthed at Marsaxlokk but he had been informed that Dr Muscat had personally intervened to put off this berthing. What was Dr Muscat ashamed of? He had gone to Singapore to see the tanker, and now he was ashamed of it.

But a day or two would not make a difference.

The prime minister was also planning to announce a power tariffs cut in the Budget in an effort to deceive the people into thinking that the tanker was yielding lower tariffs. But the people would not be tricked.

The bills should have come down at least a year ago.

The bills should have gone down because of the savings made from the interconnector, the BWSC plant and the steep drop in international oil prices, he insisted. 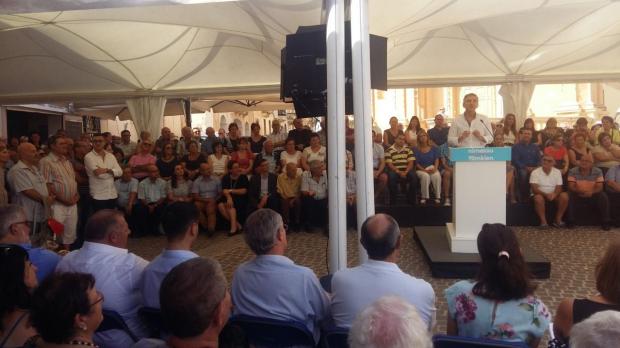 Dr Busuttil voiced various questions raised by fishermen about the operations of the tanker and noted that a breakwater promised by the prime minister had not materialised.

The people, including fishermen, had been betrayed by Labour, Dr Busuttil said, but a Nationalist government was promising that it would build such a breakwater.

The most obvious question the people were asking, he said, was why the government had built a new power station when Malta’s needs were well served thanks to the power station built by the PN government and the interconnector which was now meeting two-thirds of Malta’s power needs.

The power station was not needed for the foreseeable future, Dr Busuttil said and the next obvious question was why the new power station had actually been built.

Dr Busuttil said a leaflet mailed to all homes was a disgraceful exercise full of lies.

When the BWSC power station started working in December 2012, it produced savings of 1 million euro a week. When the interconnector was commissioned last year, the price of electricity from it – two thirds of Malta’s needs – was half of the price that Konrad Mizzi would buy electricity at from the new power station.

How could anyone say the new power station would yield cheaper electricity when it would cost 9c6 per unit for 18 years compared to a much lower figure from the interconnector?

What sense did it make that Konrad Mizzi had bound himself to buy all production from this new power station for 18 years, even if Malta did not need it and could buy power cheaper from the interconnector?

Was this because somebody had a ‘hand in pocket’?

Given that this deal made no sense, one could not but wonder about corruption.One could not forget that Konrad Mizzi had a secret company in Panama, Dr Busuttil said. 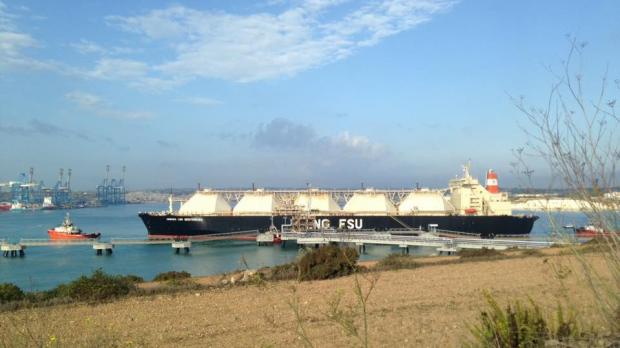 Dr Busuttil said that what worried him most was the risk of an accident involving the LNG tanker.

He recalled that some two years ago, the prime minister had argued that the government needed to take the Cafe Premiere back because there was a gas tank in its kitchen and the public library was overlying the property.

If Dr Muscat had been so worried about a gas tank in the Cafe Premiere kitchen, why was he not so worried about such a huge gas tanker in the heart of Marsaxlokk? This was hypocrisy. The prime minister had either been lying about the Cafe’ Premiere, or he was lying now.

Dr Busuttil said it was shameful that regulatory authorities had not acted to safeguard the people’s interests, rather than the government’s.

A future PN government, he said, would not be bound to buy its electricity from the new power station but would opt for the cheapest sources, such as the interconnector.

Dr Muscat, Konrad Mizzi and Keith Schembri woudl be held personally responsible for any risks from the LNG tanker and for as long as risks remained, the tanker would be kept offshore.

As from Day One, the PN government would resume its work for a gas pipeline so that there could never be any risk from an LNG tanker.

The people knew what the PN would do, now it was up to the people to do their part for truth to come out, for safety to be guaranteed, and for corruption to be stopped, Dr Busuttil said.