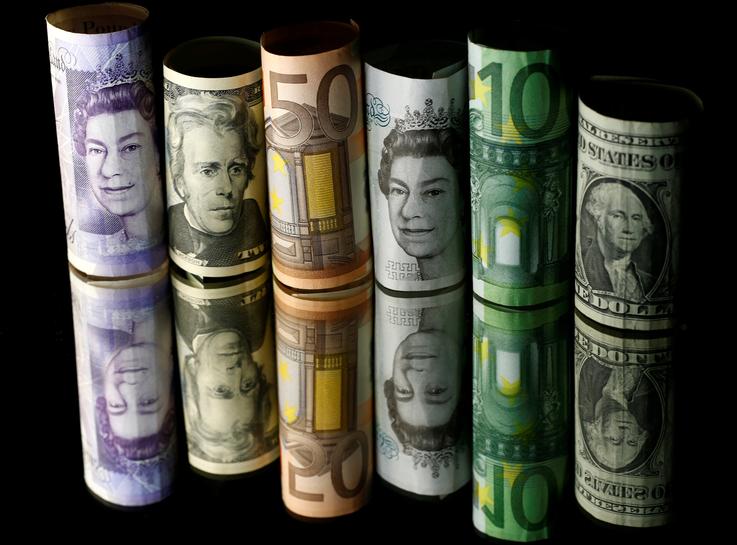 SINGAPORE Asian stocks slipped on Friday as investors took profits after a strong week, while the Korean won weakened after U.S. President Donald Trump said he would renegotiate or terminate a trade deal with South Korea.

Britain’s FTSE 100, Germany’s DAX and France’s CAC 40 are all poised for a flat start, according to spreadbetter CMC Markets, after closing lower on Thursday.

The dollar was 0.4 percent stronger at 1,135.13 won following Trump’s comments in an interview with Reuters, in which he called the five-year-old trade pact with South Korea “unacceptable.”

“(The won reaction) suggests that trade tensions between the U.S. and Asia could remain, which means some of that uncertainty should start to get priced into Asian currencies,” said Khoon Goh, head of Asia research at Australia and New Zealand Banking Group in Singapore.

Trump also told Reuters that a major conflict with North Korea over its nuclear programme was possible but that he would prefer a diplomatic solution, and that he wanted South Korea to pay for the $1 billion THAAD anti-missile defence system.

MSCI’s broadest index of Asia-Pacific shares outside Japan lost 0.15 percent but is on track to end the week up 1.7 percent, which would be its best week in six.

“While we are seeing some buying (in safe-haven assets) it’s fairly muted … suggesting Trump’s comments around North and South Korea have probably had a relatively muted impact,” said James Woods, global investment analyst at Rivkin Securities in Sydney.

First-quarter gross domestic product data out of Britain, France and the United States, and euro-zone April inflation figures, are due later in the session.

The safe-haven yen was about 0.1 percent stronger at 111.155 yen to the dollar despite weaker-than-expected Japanese industrial output, household spending and consumer inflation for March.

Japan’s Nikkei slid 0.2 percent, but remains poised for a 3.2 percent weekly gain, its strongest since November.

Taiwan stocks gave up gains, clocked on solid first-quarter economic growth, to trade flat, and the Taiwan dollar weakened about 0.15 percent to 30.193 per U.S. dollar after Trump brushed aside the idea of a phone call with Taiwan’s President, who had said she would not rule one out.

Chinese stocks fell 0.6 percent and were set to end the week down by the same percentage on fears that regulators would step up their latest crackdown on riskier types of financing and speculation.

The euro slipped 0.1 percent to $1.086 after the European Central Bank maintained its ultra-easy policy stance on Thursday.

The common currency is poised for a weekly gain of 1.3 percent, its best week in 5 1/2 months, buoyed by the first-round French election win of centrist and market favourite Emmanuel Macron.

The dollar index, which tracks the greenback against a basket of global peers, gained 0.1 percent to 99.21 but is headed for a 0.8 percent weekly loss.

Preliminary data is expected to show U.S. economic growth slowed sharply in January-March to a 1.2 percent annualised rate from 2.1 percent in the previous quarter.

The slower growth rate reflects “the negative effects of some one-off factors. The second quarter will likely be a lot better,” Mohamed El-Erian, chief economic adviser at the Allianz Group, told the Reuters Global Markets Forum on Friday.

“What is particularly interesting is that the hard data is yet to respond to what has been a notable improvement in both corporate and household confidence. Keep an eye on this divergence.”

A series of positive earnings reports from Comcast, PayPal, Intuit and others propelled the Nasdaq to an all-time high overnight.

Google parent Alphabet and Amazon reported profits after the bell that beat expectations.

Oil recovered, lifted by the possilibity of an extension of an OPEC production cut, after touching its lowest level this month overnight on oversupply concerns.

Previous Google admits the ATO is chasing it for money as it reveals $16.6m tax bill
Next IPL 2017, Live streaming: Kolkata Knight Riders vs Delhi Daredevils: Where to follow…