Promoters of pop concerts, other events may ditch Malaysia as hard-line Islam… 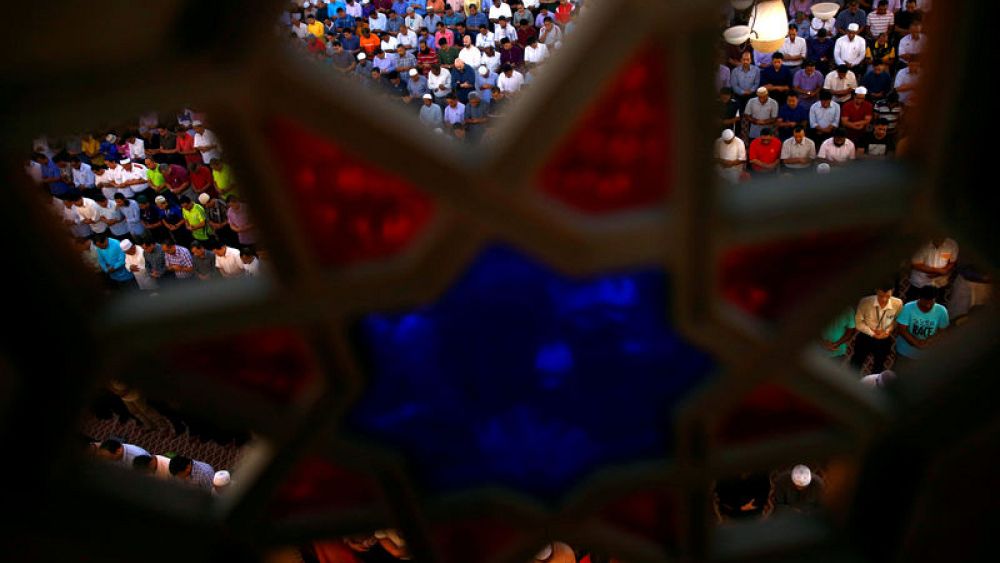 By Tavleen Tarrant and Praveen Menon
KUALALUMPUR (Reuters) – Organisers of pop concerts and some other big events are increasingly wary of including Malaysia on their itineraries, as the cancellation of a beer festival due to take place next month highlighted growing intolerance towards activities regarded as insulting to Islam by some Muslim groups.
The promoters say that international music stars, especially those known for risqué lyrics or revealing clothing, are unlikely to be brought to Malaysia as part of regional or global tours. The same goes for any gatherings that could in any way be deemed un-Islamic.
While such concerns have been building for some time in this majority Sunni Muslim nation, the organizers say that the atmosphere has become particularly difficult in the past year.
The politicization of Islam has increased as Prime Minister Najib Razak’s ruling party seeks to appease more-fundamentalist elements to secure its large, rural Malay vote bank ahead of an election expected in the coming months.
A United Nations cultural rights expert warned in a report last week that there is growing pressure to adopt a more narrow interpretation of the Islamic religion and identity in Malaysia, which excludes the country’s cross-cultural history, marginalises religious minorities, and fails to take account of the diversity of Malay Muslims.
“Of course it does affect the overall attractiveness of Malaysia being a venue for artists, events or festivals to be held. With artists’ touring of Southeast Asia, Malaysia will not be the first choice for any act to tour,” said Darren Choy, the chairman of the Recording Industry Association of Malaysia who also heads the Malaysian unit of American entertainment and record label group Warner Music. “It may end up being the last to be considered, or not at all,” he added.
The Malaysian government did not respond to requests for comment for this story.

“VICECENTRE” WARNING
The popular Better Beer Festival 2017, which has been held for the past five years, was unexpectedly called off last week after the Kuala Lumpur city council banned the October 6-7 event. The ban followed protests by the Pan-Malaysian Islamic Party (PAS), who said the event would turn the capital into “the largest vice centre in Asia.”
The beer festival’s organisers said that authorities called it off “due to the political sensitivity surrounding the event”.
Police said later that it was cancelled because of the threat of a militant attack.
PAS said on Thursday it has now also filed an objection over plans to host next month the annual Oktoberfest beer festival in the Petaling Jaya area of the capital. The party said in a statement that it was its “social responsibility” to oppose alcohol festivals.
Also last week, after rumours that a gay party was being planned for Kuala Lumpur, the government issued a ban notice, and ordered immigration officers to deny entry to anyone planning to attend either that or the Better Beer Festival. The gay party organisers said they only ever intended to hold the party in Thailand, not Malaysia.
Enforcement authorities last month launched a probe into the Kuala Lumpur chapter of Atheists Republic, a Canada-based organisation. A minister in Najib’s cabinet said later that Muslim apostates should be “hunted down vehemently”.
Malaysia has already made international headlines this year for barring the screening of the 2017 edition of Disney’s “Beauty and the Beast” due to a “gay moment” in one scene. The film was eventually released after local distributors asked the censor board to review the decision.
Shortly after, the catchy summer dance song ‘Despacito’ was taken off state radio and television stations after complaints that the lyrics were obscene.

COSTUMECONCERNS
For some years it has been getting more difficult for international pop stars who wish to make appearances in Malaysia. In 2013, a concert set to be performed by musical artist, Kesha, was banned. In the past, artists such as Beyonce have cancelled performances in Malaysia due to restrictions over costumes and dancing.
A concert by American pop star Selena Gomez was only allowed in July 2016 after assurances that she would cover herself up. But fear of trouble at the concert – PAS youth leaders protested outside the venue – kept many fans away and thousands of tickets were left unsold.
There have been no big Western acts so far this year, though British singer Ed Sheeran is expected to perform in Kuala Lumpur in November.
This weekend’s Formula 1 Malaysian Grand Prix does not include major international pop stars as has usually been the case in recent years. Organizers denied this was due to recent controversies.
“You have to be very careful about the type of acts you book and make sure you comply with all the rules and even then, there’s no guarantee it will be approved by the authorities,” said Qisthina Razin, representative of Malaysian events organisation, Freeform.
Rizal Kamal, vice president of the arts, live festivals and the arts association (ALIFE), a body representing event organisers, said Malaysian show producers have started moving out.
“Malaysian producers are going to Singapore and Indonesia due to problems in Malaysia,” he said.
Choy said the bans are “denting the perception of Malaysia being a moderate and tolerant Islamic country.”

GROWINGISLAMISATION
The impact of religious fundamentalism isn’t just about Malaysia’s image to the outside world. It also gnaws away at the country’s multicultural and pluralistic fabric.
About 40 percent of Malaysia’s population is non-Muslim, including Christians, Buddhists and Hindus.
Najib’s approach risks empowering and legitimising conservative parties and organizations once only classified as extreme fringe groups. Such religious organizations are also in an increasingly strong position to influence the government and its policies.
United Nations Special Rapporteur Karima Bennoune in her report last week expressed deep concern at the level of involvement of religious authorities in policy decisions.
She said some Malaysians have expressed concern about a growing Islamisation, which represented a “significant break with the past”.
Bennoune expressed particular concern over bans regarding traditional Malay arts and restrictions on women performing in public in the northeastern state of Kelantan, which is governed by PAS.

DOUBLESPEAK
Prime Minister Najib has projected a global image of a moderate Muslim leader and has widely promoted himself as a key player in the fight against Islamic extremism.
In a meeting with U.S. President Donald Trump last month, Najib said Malaysia is a partner in America’s fight against the Islamic State, and it will be a key player in promoting moderate Islam.
He has been largely silent during a series of recent religion-related incidents in Malaysia.
He did, though, comment this week after the owner of a laundromat in southern Malaysia apologised for barring non-Muslim users, a ban that had gone viral on social media and triggered condemnations by community leaders, including the Sultan of Johor.
“The government will remain committed to upholding the true Islamic teachings while protecting the interests of the other communities as demanded of Islam,” Najib said in a statement late on Wednesday, state news agency Bernama reported.
Cynthia Gabriel, executive director for a Kuala Lumpur based welfare group C4, said there is an urgent need to accept multi-culturalism again.
“It is bad for society, so it is bad for business, when two sets of laws and policies operate in one country,” she said.

Previous Rain in Mexico Comes With a Side of Fish
Next U.S. Senate Unanimously Confirms Huntsman As U.S. Ambassador To Russia