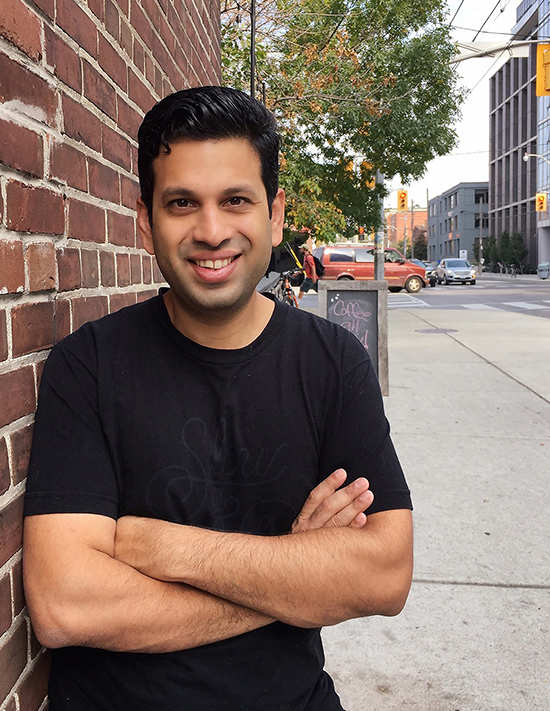 Upwards of 500,000 skilled guest workers from India currently in the US on an H1-B visa and having their Green Card (permanent residency) being processed got a shock last week when news broke that the Trump administration is considering ending the H1-B visa at six years instead of the current indefinite extension when the Green Card is being processed. If the rule is changed, it will result in self-deportation of more than 5,00,000 Indians and more than 1.5 million foreign guest workers. But it is not the end of the world. Vikram Rangnekar, a Silicon Valley H1-B is among those who chose to opt out of the tortured wait for an American Green Card and reinvent himself outside the US, a decision he is so chuffed with that he even started a website to chronicle his experience and encourage others. He spoke to the Sunday Times of India

Tell us about your H-1B experience.

My experience on H-1B was pretty great. I lived in THE wonderful California and worked at Linkedin which is as good as it gets. Even back then (2010-2016) over 8 years ago, going from an H-1B to a Greencard took over 10 years. My path was more unusual, after my undergrad in the US I moved to Singapore (no startup visas in the US) to build my first startup and only returned to be on an H-1B because of the chance to live in California and work for Linkedin when it was still a young startup.

I did, however, hold some little hope that the previous administration might fix the wait time issue by cancelling the “per country quotas”, but that never happened. I would have loved to have the chance to build our life in California as we had many friends there and loved the place. I just couldn’t see myself spending the best years of my life on a highly restrictive visa and I also wanted the opportunity to build my next startup. This prompted us to look for a way out of the H-1B. During my term at Linkedin, the company went from a few hundred people to many thousands so I had a chance to talk to many smart and highly skilled Indians struggling with the H-1B. So many friends had completed the entire Greencard process but were still waiting for over 10 years just to be handed the card. There was a lot of frustration, especially since these were some of the smartest and most capable people I have ever known – people who contributed positively in every way possible to the US economy, including paying huge amounts in taxes.

To add to the frustration, their colleagues from almost any other country got their green cards in a few years while they are still waiting. At the current rate it seems the green card wait times for people born in India is over 20 years, maybe more. In my personal opinion, I think it’s the end of an era — the H-1B is no more a path to a life in the US.

Why should an H-1B guest worker expect to stay in US indefinitely or get a green card or citizenship? It wasn’t meant to be an immigration visa right?

The H-1B is a
dual intent visa
so you are allowed the intent to immigrate when you are applying for this visa. It is this exact reason why millions of Indians over the years choose to do there MS in the US and then take up employment with US-based companies using an H-1B. This was the social contract and most Indians held up their end of it. If the visa did not have this provision, none of the smart and capable people I worked with would care for it. They would potentially have taken their value some place else.

The companies employing them also held up their end and filed for green cards. In Silicon Valley, I’ve never heard of anyone who had any trouble with having their companies file their green card petition.

Is it fair to say the H-1B visa system has been gamed by unscrupulous elements and body shoppers?

Yes, many Indian companies made a business model out of this visa and there was massive fraud and misuse. This is common knowledge and not an opinion. Additionally, many cases are being filed in US courts towards this and have resulted in convictions and fines.

Would it be fair to say there are different kind of H1-B visa holders? Those who came to study in the US and then got H-1B after OPT and the body shopper brigade that came from India.

While I was personally never exposed to other group that you refer to, I would say “yes” and the rhetoric you hear about American jobs getting outsourced and people getting replaced is a result of this business model.

The Silicon Valley companies I’m familiar with like Google, FB, Uber, Twitter, Linkedin, Airbnb all use the H-1B for its intended purpose to hire smart, talented engineers and other employees with expertise they cannot find locally. Their employees are valued and enjoy a great life in addition to being payed very well, many times the amount required legally for H-1B employees.

What prompted you to move to Toronto? Why Toronto?


When we decided to not continue to wait on an H-1B, we started looking for another country. We had places like Berlin and Singapore on our list but somehow Toronto never was. This was mostly because I didn’t know anything about Toronto expect that it was pretty cold. It was only after some friends of our moved there from Singapore that I started digging into Toronto. I had a friend Mark Organ who runs a successful Toronto-based startup called Influitive — he helped me understand the city and it’s fast growing tech ecosystem.

One thing that really stood out for me was the smart, simple and transparent PR process, points based and entirely online. We did the application on our own without the need for any consultants or lawyers. Our friends helped us see how fun the city is, the high quality of life people living here enjoy and the beautiful nature and lakes that surround it. Additionally places like Montreal, New York City and the Caribbean are a short flight away.

Finally, the city had an exciting and fast growing tech ecosystem with companies like Google, FB, Uber doing everything from software development to AI. Uber Self Driving AI has a big office in the city and so does Google Brain. Shopify — a big e-commerce success story — is a big tech employer in the city. Toronto also has a large number of startups. In short, it had a solid chance at becoming a global tech center in north america. It was a place that had a lot to offer me and our family.

I’ve written about our move in detail on my
blog
.

What are the options before H-1B guys besides Toronto and Canada? Which other countries?

I would say Berlin, Singapore and maybe some place in Australia. Honestly there are not too many. Places like the UK have their own problems at the moment. Additionally, it does not help to live in a place that had Silicon Valley expenses but not Silicon Valley salaries. Berlin while being an exciting and cheaper destination with lots of startups does not have big tech companies and the language can be a barrier. Also few places can beat Canada in embracing and celebrating diversity. Australia on the other hand recently planned to end the
457 visa
that Indians used to work there additionally its local tech ecosystem has never really seen significant growth.

Why not India? Do you think a H-1B who’s spend a few years in US can go back and has the goods to start a company or do something innovative in India? Why didn’t you consider it? Are there guys who have done this?


Yes, that’s a possibility but starting your own thing is not the norm. Most H-1Bs would rather focus on what they are good at, build amazing tech and products at world class companies. Additionally, their families are used to a high quality of life and would seek that in India. For us, growing levels of pollution in the cities was a deal breaker and we couldn’t see our kids going through that.

In your own case, do you feel it panned out well for you in Canada? Is there a regret in not being in US and not being in the centre of action in Silicon Valley?

I think it worked out great. We love our life in Toronto. The two of us and our kids have a tonne of friends in the neighbourhood. The city is really fun, especially in the summer. We love the freedom that comes with having PR and not having to worry about H-1B renewals, transfers and all of that.

How does H-1B impact one’s finances and family?

H-1Bs in Silicon Valley are some of the highest paid employees on the planet so even with the valley being an expensive place to live, they do pretty well financially. But this is not always the case since H-1Bs work all over the US and often if the spouse does not have an EAD or their own H-1B they cannot work. Being a single earner in an expensive destination like Silicon Valley or NYC can be hard. I’ve often heard stories about how having highly educated spouse that cannot work caused friction at home.

The biggest impact on family and life is living with uncertainty. Losing one’s job could mean having your entire family having to uproot and move back to India leaving the life they created behind. Friends with ageing parents also struggle with having no visa to have them living with you in the US and with the uncertainty around H-1B renewals, people limit traveling back home to visit them.