Q&A: Tax amnesty policy Is it only for the super rich?

The tax amnesty bill was passed into law on July 18 and people have begun to glean information about the program. Special desks have been formed by both the Financial Services Authority (OJK) and the Indonesia Stock Exchange (IDK).

The appointment of a former finance minister from president Susilo Bambang Yudhoyono’s era, Sri Mulyani, from a post as World Bank managing director and chief operating officer, to join the Cabinet has reportedly pumped new optimism into the program.

President Joko “Jokowi” Widodo has taken charge of the new program, visiting Singapore and major cities across the country to talk with businesspeople to expound it.

As of Aug. 9, Rp 10.9 trillion (US$829.84 million) in assets has been declared by 1,580 taxpayers during its first three weeks of implementation, with Rp 231.44 billion in additional taxes, only 0.1 percent of the program’s total tax revenue target of Rp 165 trillion, according to the latest data from the Taxation Directorate General.

What is the nagging problem in the country’s taxation system?

The problem lies in the fact that only a few people pay taxes. The tax ratio (ratio of tax revenues to gross domestic product) in Indonesia is among the lowest in ASEAN despite high gross domestic product (GDP) of only 12 percent. Then finance minister Bambang Brodjonegoro once estimated that only about 10 percent of Indonesians were registered taxpayers and in 2014 just 900,000 of them paid what they owed.

Taxation director general Ken Dwijugiasteadi said about 2,000 foreign investment companies in various sectors, from industry and trade to automotive, had not paid their corporate income taxes properly over the past 10 years based on purported financial losses.

Corporate tax evasion is not only done by foreign companies. Out of the 1.2 million companies that have taxpayer identification cards (NPWPs), less than half submitted tax returns.

The weak tax collection system is inevitable considering the lack of human resources. More than 36,000 tax officers must handle a huge population of 255 million, in contrast to the neighboring country Australia, where 23,000 tax officers serve a 23 million population. In addition, critics attribute the public’s low trust of tax officers because of the case of the notorious tax officer, Gayus Tambunan, who was found guilty of accepting bribes in exchange for his services to help companies fulfil their tax obligations.

Why a tax amnesty law?

Since his installment as President, Jokowi has pledged to boost state income from taxes. However, the realization has fallen short since people and companies still failed to pay their taxes. The bill was later proposed to boost the income from taxes, particularly from the wealthy hiding their money in offshore accounts, which goes undisclosed and untaxed.

When people fail to pay their taxes, usually they are subjected to heavy punishment in terms of financial or criminal prosecution. Under the new law, there will be “redemption rate”, penalties for unpaid taxes of 2 to 5 percent of their repatriated assets. Tax evaders still have to pay what their owed even after redemption. The government hoped to pocket Rp165 trillion in tax revenues from the penalties, a figure deemed too optimistic by Indonesian Chamber of Commerce and Industry (Kadin) chairman Rosan P. Roeslani.

Does the program only target conglomerates?

President Jokowi has stressed that the tax amnesty program aims to improve the taxation system in general and is not only targeted at conglomerates. The president called on small and medium enterprises to participate in the program. The government targeted 10,000 SMEs with revenues of between Rp 4.8 billion and Rp 10 billion to join the program.

The government also mentioned that the program would urge those with assets under the names of others to report theirs. By adhering to this policy, the owner will be exempted from income tax (PPh) on the declared assets.

How can the tax amnesty help the economy?
Because tax is one of main sources of income for a state. In Indonesia’s 2016 state budget, almost 85 percent of the state’s income is derived from taxes. This income will be used to run the country, building infrastructure, paying for education and much more.

When rich people and companies do not pay taxes, funds for public facilities will be cut back and higher taxes will be imposed upon everyone else, according to Deborah Hardoon, deputy head of Oxfam GB’s research team.

What is the problem with the law?

The consequences of the program are troublesome. Fair Tax Forum Coordinator Ah Maftuhchan argued that the bill would only encourage tax evasion and decrease obedience, since the redemption rate is very low compared to the penalty for tax avoidance of 48 percent. The same view was shared by policy analysts Hari Sharan Luitel and Russell S. Sobel in their book, The Revenue Impact of Repeated Tax Amnesties.

Another is the matter of justice, since tax evaders will be spared from criminal prosecution related to their tax crimes. Some even worried that crimes such as corruption and money laundering will go unpunished as well. Several politicians have said the amnesty will only benefit a few bigwigs, such as Golkar chairman Aburizal Bakrie, whose firms are experiencing tax problems.

Development of Economics and Finance (INDEF) researcher Iman Sugema said that the program alone would not be enough to encourage tax evaders to repatriate their funds. To keep money in Indonesia in the long run, the government also needs to establish a better investment climate.

Some civil advocacy groups and two individuals officially filed requests for a judicial review of the law on July 13. One of them urged the President to re-examine Article 20 of the law, which he claims “legalizes” money laundering. In response to the challeges, the government is putting together a team to counter any legal challenges to the new law. (dmr) 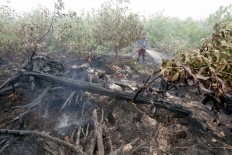 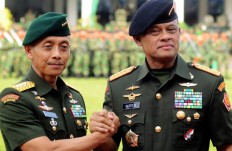 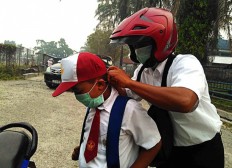