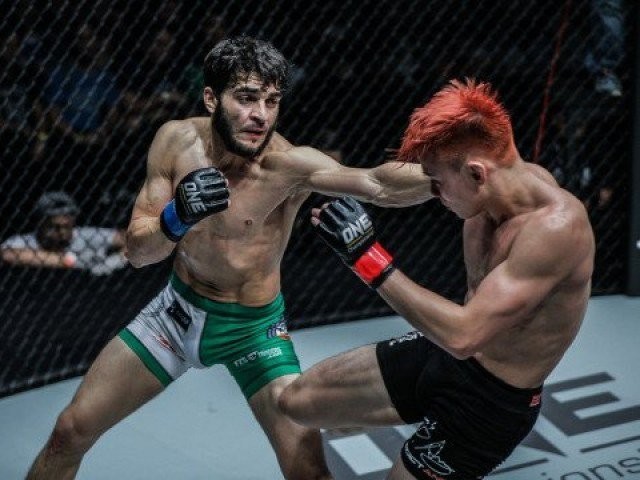 Despite the belief that Pakistan is a one sport-cricket-nation, sportsmen from other disciplines continue to fight their battles internationally with a great deal of vigour, commitment and passion, often without any patronage from Pakistan government or the largely inept Sports and Olympic federations.

Ahmed ‘the Wolverine’ Mujtaba is the latest Pakistan sports sensation who romped home to an eight consecutive Mixed Martial Arts (MMA) win, the latest at the biggest continental fight held in Singapore where Mujtaba outclassed local fighter Benedict Ang. The 23 year-old is a tremendously inspiring story and has followed in the footsteps of another Pakistan MMA star, Bashir Ahmed, who has been a torchbearer for the extremely demanding sport in the country.

Bashir and other MMA enthusiasts have set up camps and small scale tournaments in Punjab especially in Lahore and the likes of Mujtaba showcased their talent and skill on those very platforms.

Mujtaba has all the traits of a top-class fighter and is extremely fit and capable in his discipline. His record at the sport of his choice has been nothing short of exemplary and the time is nigh for him to get the support and encouragement from both the government and the corporate sector.

Pakistan desperately needs sportsmen of international pedigree in as many sports as possible. MMA fighters like Mujtaba and Bashir have shaken the best in the world especially in Asia.

The duo can further stamp their class if they get the requisite patronage. Hopefully we finally have some one at the helm who notices their talent.

We wish Bashir and Mujtaba the very best in the days ahead and hope that they continue to inspire a new breed of young fighters who can make Pakistan an even more potent force in the coming months.