Highlights of the ReCAAP ISC Annual Report (January-December 2017), whose information is verified by the respective government agencies, also known as Focal Points, and regional authorities, include:

The annual statistics and analysis were shared at the 9th Nautical Forum held today in Singapore, jointly organized by ReCAAP ISC, the Maritime and Port Authority of Singapore and the Singapore Shipping Association.

In addition to the 2017 statistics, topics discussed at the forum included:

“While the number of incidents in 2017 continue to be among the lowest in the past decade, the increase that occurred over the last year is a reminder that there is no room for complacency in the fight against piracy and armed robbery against ships, and underscores the need for enhanced vigilance among all stakeholders,” said Masafumi Kuroki, Executive Director of ReCAAP Information Sharing Centre.

“The capacity of the maritime enforcement authorities is critical in dealing with the threat of piracy and sea robbery, and ReCAAP ISC will continue to work with our Focal Points and other enforcement agencies through our capacity building programs to help them become more effective,” Masafumi Kuroki added. 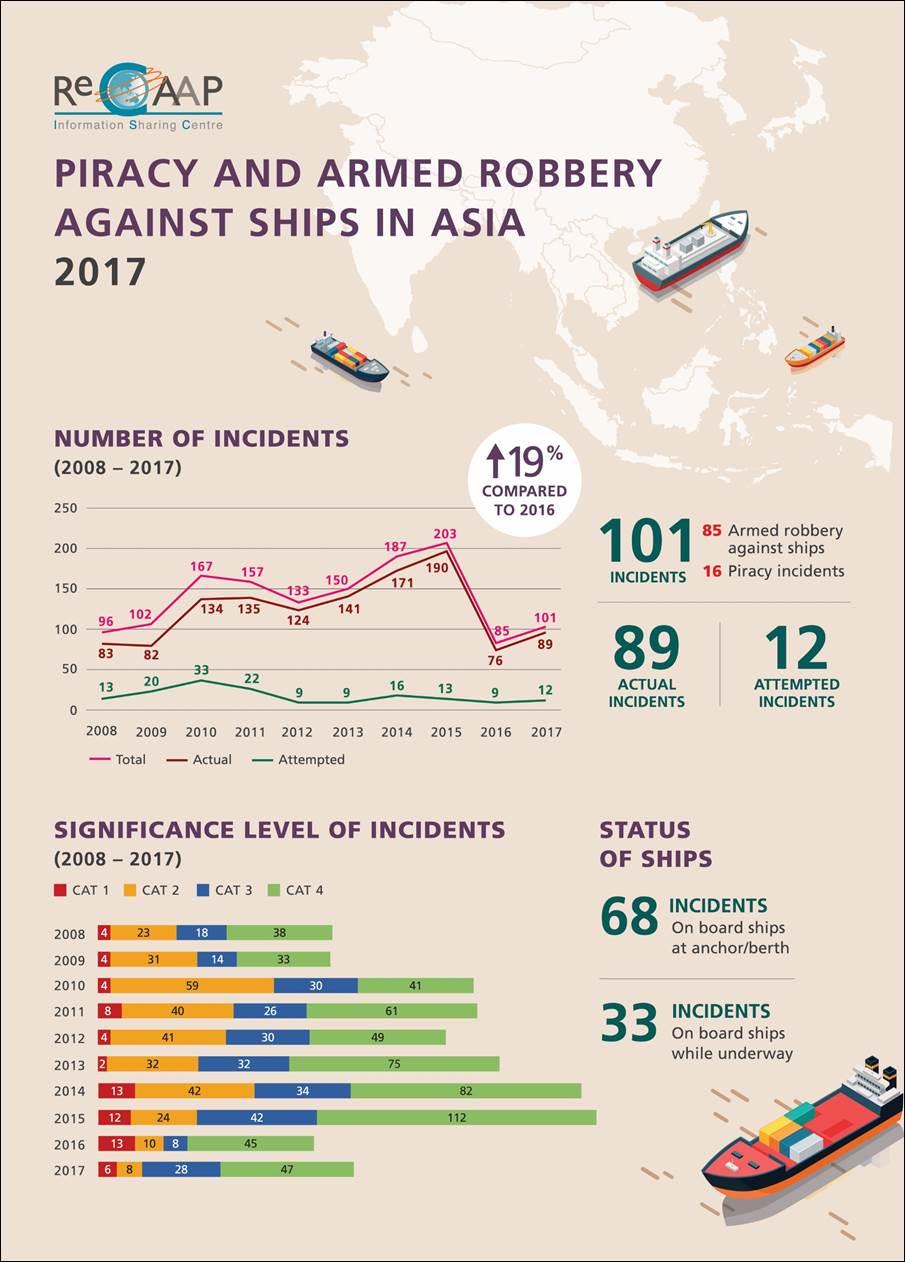 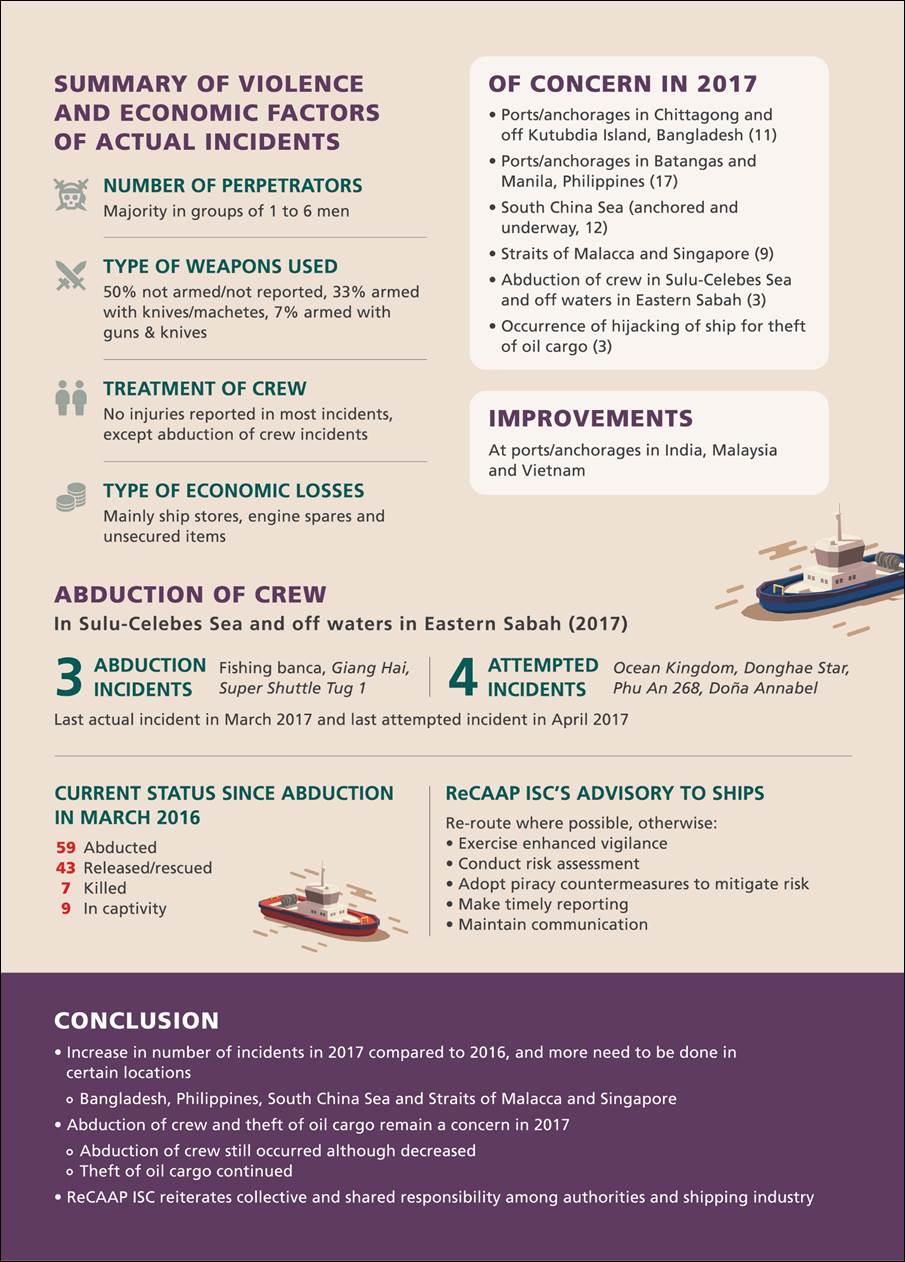