A look at recent developments in the South China Sea, where China is pitted against smaller neighbors in multiple disputes over islands, coral reefs and lagoons in waters crucial for global commerce and rich in fish and potential oil and gas reserves:

Ahead of a visit to China, the Philippine president acknowledged that he can be impeached if he concedes his country’s territorial claims in the South China Sea in talks with President Xi Jinping and other leaders.

President Rodrigo Duterte said in a speech before leaving for Brunei and China that while he will not bargain over the Philippines’ territorial claims, “there will be no hard impositions” as he tries to improve his nation’s strained friendship with China and boost trade and investment.

Supreme Court Senior Associate Justice Antonio Carpio, who has done extensive studies of the territorial conflict, warned earlier this month that conceding the Philippines’ sovereign rights in the disputed waters is a ground for the president’s impeachment.

Carpio said that China may ask the Duterte administration to acknowledge Chinese sovereignty in contested South China Sea territories before agreeing to any business deals or joint exploration of potential sea resources.

Asked to react to Carpio’s warning, Duterte said he agreed with him.

“He is correct. I would be impeached,” the president said at a news conference at the airport in the southern city of Davao before embarking on his two-nation trip.

Malaysia’s prime minister said the country will not compromise on its South China Sea claims but wants them to be hashed out through dialogue and peaceful negotiations.

Najib Razak was quoted by Malaysian media as telling the Southeast Asian nation’s parliament that countries in the region should avoid provocative acts that could create tension, anxiety and suspicion. He said peace and stability were of primary importance.

Razak also stressed the importance of the 2002 Declaration on the Conduct of Parties in the South China Sea between China and the 10-country Association of Southeast Asian Nations that seeks to moderate behavior by committing all parties to “exploring ways for building trust and confidence” on the basis of equality and mutual respect. He said that cause would be furthered by the adoption of a code of conduct that is now being negotiated.

However, Razak stressed that neither document is a basis for resolving sovereignty disputes.

Malaysia claims a swath of the South China Sea north of Borneo, along with islands and reefs, but has been relatively understated amid the feuding among fellow claimants China, Vietnam and the Philippines.

Singapore’s prime minister visited Australia to upgrade a free-trade agreement and finalize a deal that will double the capacity of Singaporean military training facilities in the Australian tropics.

Prime Minister Lee Hsien Loong told the Australian Parliament that China was the biggest trading partner of both nations, which were also allies of the United States.

Australian Prime Minister Malcolm Turnbull said the countries share a common strategic outlook. He made an apparent criticism of China’s increasingly assertive territorial claims in the South China Sea and its refusal to abide by international law to resolve competing claims.

“Singapore and Australia are at one in defending the rule of law and rejecting the proposition that might is right,” Turnbull told Parliament.

Singapore isn’t a party to the South China Sea dispute, but is heavily invested in ensuring the crucial waterbody remain stable and open to trade. China considers that to be meddling and has told the city state to remain neutral.

Australia announced in May that Singapore will spend up to 2.25 billion Australian dollars (US$1.7 billion) to double the capacity of its facilities in military training areas in Queensland state. That would allow up to 14,000 Singaporean troops to train in Australia for up to 18 weeks a year.

“Our decision to grant Singapore the special level of access underlies the enormous trust and respect that exists between our respective armed forces,” Turnbull said. “It also reflects our commitment to do more as security partners, especially as our strategic circumstances change.”

Australia and the United States struck a cost-sharing deal last week to pay for more than $1.5 billion in infrastructure needed to be built near the northern city of Darwin to accommodate up to 2,500 US Marines.

The number of Marines rotating through the Darwin training hub has grown since the first contingent of 200 visited for six months in 2012. 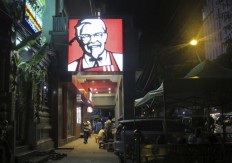 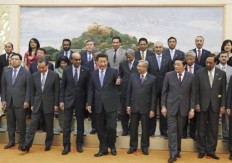 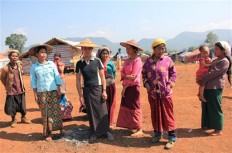 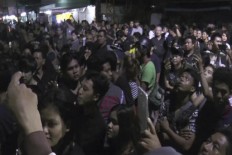