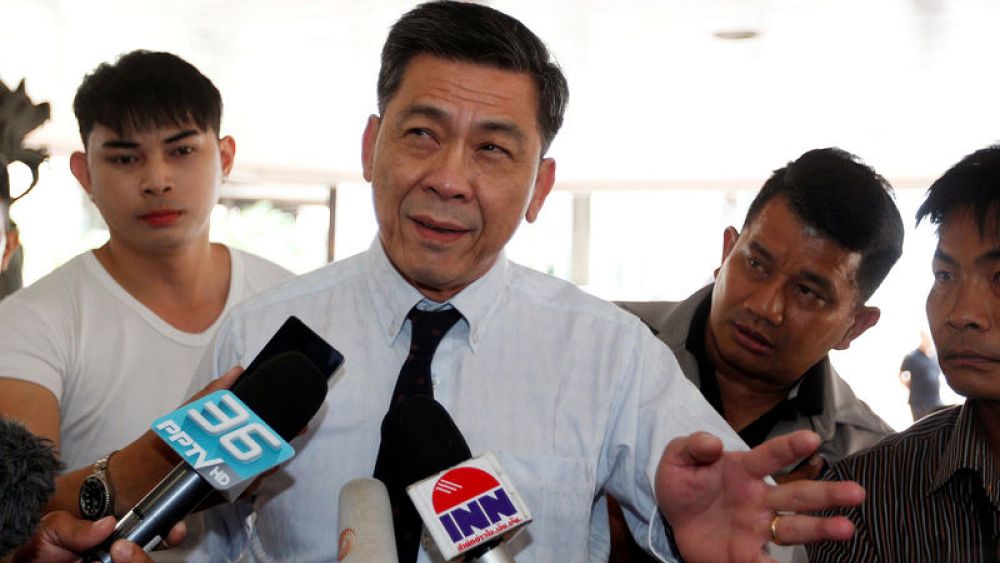 BANGKOK (Reuters) – An heir to the Red Bull fortune failed to meet with prosecutors in Bangkok on Thursday over an alleged hit-and-run that killed a police officer five years ago — a case that has raised questions whether the justice system favours the rich and famous.
It was the eighth time that Vorayuth “Boss” Yoovidhya has missed prosecutor orders to report to court since legal proceedings against him began in 2016.
Vorayuth was charged with speeding, hit-and-run and reckless driving that caused death in the 2012 incident.
“He sent a letter requesting to move the appointment but he can’t do this again,” Suthi Kittisuppaporn, director general of the prosecution office of the Bangkok South Criminal Court, told reporters.
Asked whether an arrest warrant would be issued for the Red Bull heir, Suthi said his office would act “according to procedure.”
“If we find him we must arrest him,” he said.
Attempts by Reuters to reach a lawyer for Vorayuth went unanswered.
Vorayuth is a grandson of the late Chaleo Yoovidhya, creator of the Kratin Daeng, or “red bull” in Thai, energy drink. Chaleo, 88, was listed as the third richest person at the time of his death in 2012, with an estimated net worth of US$5 billion, according to Forbes magazine.
His grandson Vorayuth, who has spent much of the past five years abroad, including in London and Singapore, according to social media posts, has previously cited work commitments abroad as reasons for not showing up to court.
In 2012, Vorayuth allegedly crashed his Ferrari into a police officer on motorcycle patrol in Bangkok’s upscale Thonglor neighbourhood. He is accused of fleeing the scene and dragging the officer’s body for several dozen meters with his car.
Vorayuth’s speeding charge expired a year after the accident. The charge of hit-and-run carries a penalty of up to six months in jail and expires in September while the reckless driving charge carries a maximum penalty of 10 years of jail and expires in 10 years’ time if left unchallenged.