Remains of some US sailors found on USS John McCain

The remains of a number US sailors have been found in sealed compartments aboard the USS John S. McCain, the commander of the US Pacific Fleet says.

Admiral Scott Swift also said at a news conference in Singapore on Tuesday that Malaysian officials have found one body that has not yet been identified. 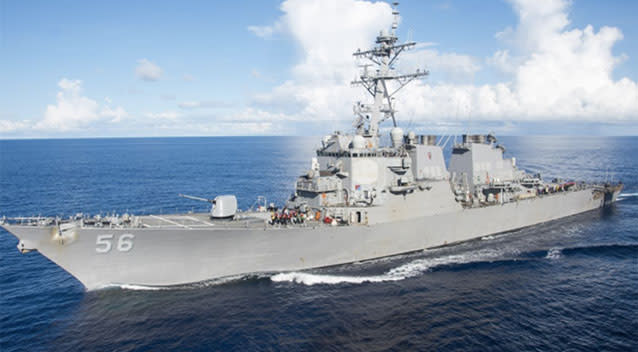 The focus of the search for 10 US sailors missing after a collision between the USS John S. McCain and an oil tanker in Southeast Asian waters shifted on Tuesday to the damaged destroyer’s flooded compartments.

The collision on Monday tore a gaping hole in the McCain’s left rear hull and flooded adjacent compartments including crew berths and machinery and communication rooms. 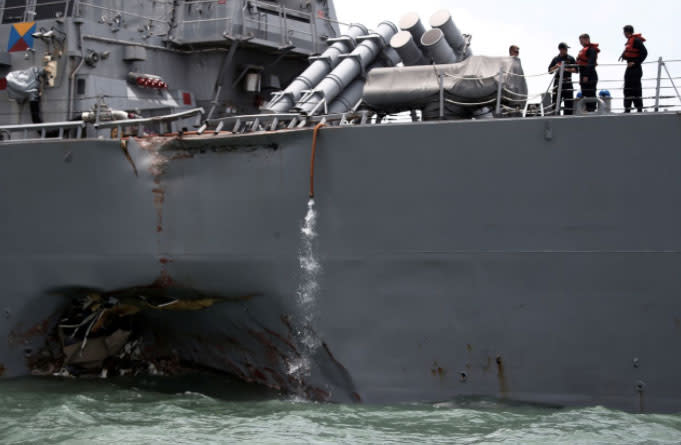 The collision tore a hole in the ship’s left rear hull. Source: Reuters.