An Indonesian on-demand laundry start-up is set to represent Southeast Asia in a global competition in Silicon Valley, US, adding to signs of a burgeoning start-up scene amid growing interest from foreign venture capitalists.

Ahlijasa, which also offers mobile home cleaning and air-conditioning repair services, has won the right to compete with 15 other start-ups from around the world at the 2017 Startup World Cup championships in Silicon Valley, the world’s major start-up and technology center.

The start-up, which in a regional championship beat nine other Southeast Asian start-ups from Singapore, Malaysia and the Philippines, will have the chance to win US$1 million at the March event, which is organized by Silicon Valley-based Fenox Venture Capital.

Ahlijasa, which serves as a connector between dozens of independent laundry services and customers through its website and mobile application, is just one of the many emerging tech-based start-ups to have achieved success from offering to ease Indonesians’ daily lives.

Mobile-based motorcycle taxi Go-Jek, e-commerce stores Bukalapak and Tokopedia, as well as online travel service Traveloka, are some examples of former start-up companies that have managed to scale up their businesses as foreign venture capitalists eye growth in Southeast Asia’s largest economy.

“I won’t be surprised if within three to five years Indonesia becomes Asia’s Silicon Valley,” said Anis Uzzaman, CEO of Fenox Venture Capital, which invests multimillion dollar funds in start-ups across the US, Asia, the Middle East and Europe.

Indonesian tech-based start-ups are gaining momentum as the middle-income segment flourishes and internet users in the country are expected to double by 2020 from 100 million users at present, the world’s fifth largest figure.

Despite the strong showing of Indonesian start-ups, government support in terms of internet infrastructure and educating consumers is still needed, venture capitalists and start-ups have said.

“Raising awareness of digital services and technologies still needs to be increased,” said Mariska Adriana, marketing executive of home service start-up KlikDaily, which has racked up 35,000 downloads in Jakarta, Denpasar and Padang.

The lack of digital awareness in some areas of Indonesia is acknowledged by the Creative Economy Agency (Bekraf), which has observed that some businesses are surprisingly reluctant to take the steps necessary to scale up their operations.

In some cases, Indonesian start-ups that originate in rural areas tend to not have confidence in their English skills, thereby limiting their opportunities in pitching to prospective foreign investors and developing their businesses, said Bekraf deputy for investment access Fadjar Hutomo.

“We also still have a problem with the dissemination of information for start-ups on opportunities and on what they should do to scale up their businesses,” he said.

The growing interest of foreign venture capital firms in Indonesian start-ups demonstrates the positive climate for local start-ups, despite digital infrastructure and knowledge gaps across the country.

An unnamed venture capitalist from Ukraine has even shown an interest in funding specific start-ups in Indonesia, Fadjar said.

Last year, $590 million in venture capital Series A financing was poured into Indonesian start-ups, more than five times the $102.5 million seen in 2014, according to data from online technology media Tech in Asia. In terms of seed capital, 53 deals worth $4.6 million were announced last year, compared with 19 deals worth $2.59 million in 2014. 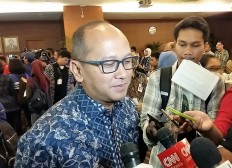 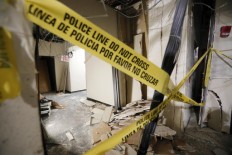 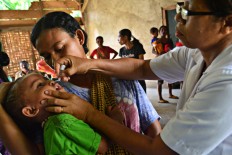 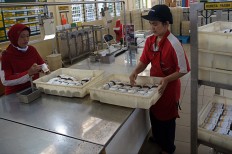