Rights of Muslims and minorities — I 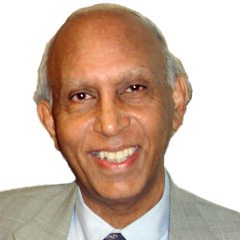 Pakistan was created in negation of secular principles of state and government, Religious nationalism, in sharp contrast to territorial nationalism, was the core argument of the two-nation theory on which a separate Pakistan for Muslims was justified and finally established in mid-August 1947.

Mohammad Ali Jinnah gave different pledges to different sections: to the British and the Indian National Congress, Hindus, Christians Parsees and modernist Muslims he said that Pakistan would be a Muslim democracy treating minorities with characteristic Islamic generosity; to the ulema and conservative sections of society he committed himself to making the Sharia the source of law for Pakistan; and to worried Shias and Ahmadis he said that Pakistan will not be a sectarian state. As the proverbial lawyer who prepared his brief with just those arguments he believed would win him the case Jinnah was perfectly at ease in giving those pledges to different groups which would help him win the Pakistan case. There was no other choice.

On 11 August 1947 he surprised even his closest associates and lieutenants when speaking spontaneously to the members of the Pakistan Constituent Assembly he said that Hindus and Muslims will enjoy equal rights as citizens thereby suggesting that they could be members of the same nation. The partition of India, Bengal and Punjab bequeathed minorities on both India and Pakistan and Jinnah was fully conscious of the great peril the 30 million Muslims left behind in India would constitute if they were to migrate to Pakistan under duress from the Indian state. He had to underscore that Pakistan will treat its minorities generously in the hope that the Indian state would not force the Muslim minority to Pakistan. It did not but Pakistan could not prevent Hindus and Sikhs being hounded out from most of West Pakistan.

At any rate, the confusion generated by the 11 August 1947 speech was ally laid to rest on 25 January 1948 when he addressed members of the Karachi Bar. He said, ‘Why this feeling of nervousness that the future constitution of Pakistan is going to be in conflict with Shariat Laws… Islamic principles today are as applicable to life as they were 1,300 years ago… Islam and its idealism have taught us democracy. Islam has taught equality, justice and fair play to everyone’.

Fully aware of the fact that he had given diverse pledges to different sections of people, he left it to the Pakistan Constituent Assembly to work out a constitution for Pakistan.

This task was undertaken by Prime Minister Liaqat Ali Khan who on 7 March 1949 introduced the Objectives Resolution in the Pakistan Constituent Assembly. I quote its relevant text pertaining to the ideology on which the constitution was to be based.

Whereas sovereignty over the entire universe belongs to God Almighty alone and the authority which He has delegated to the State of Pakistan through its people for being exercised within the limits prescribed by Him is a sacred trust;

Wherein the State shall exercise its powers and authority through the chosen representatives of the people;

Wherein the principles of democracy, freedom, equality, tolerance and social justice, as enunciated by Islam, shall be fully observed;

Wherein the Muslims shall be enabled to order their lives in the individual and collective spheres in accord with the teachings and requirements of Islam as set out in the Holy Quran and the Sunna;

Wherein adequate provision shall be made for the minorities freely to profess and practice their religions and develop their cultures;

Wherein shall be guaranteed fundamental rights including equality of status, of opportunity and before law, social, economic and political justice, and freedom of thought, expression, belief, faith, worship and association, subject to law and public morality;

Wherein adequate provision shall be made to safeguard the legitimate interests of minorities and backward and depressed classes (Constituent Assembly Debates Vol V, 1949).

From the list of those who participated in the debate on the side of the government it was clear that they were all members of the Muslim League and were conventionally Muslims. Those who spoke against it were members of the Congress Party and were Hindus. The Hindus alleged that the prime minister had taken a position against the vision Jinnah had advanced on 11 August 1947. Liaqat and his team waxed eloquence that the Objectives Resolution was not only consistent with Jinnah’s vision but its fulfilment.

The reports of 1950, the first Basic Principles Report of 1952, the second Basic Principles report of 1954 and finally the constitution of 1956 was announced but it never became operational. No government: elected, unelected, civilian or military ever even once tried to declare Pakistan a secular state. A half-hearted attempt was made by Field Marshal Ayub Khan whose 1962 constitution described Pakistan merely as The Republic of Pakistan, while simultaneously committing Pakistan to bring all laws in consonance with Quran and Sunna and requiring the president to be a Muslim. A storm burst out against the omission of ‘Islamic’ from the identity of Pakistan. Islamic was restored immediately and Pakistan became the Islamic Republic of Pakistan.

The one and only constitution framed by the elected representatives of the people of Pakistan (truncated Pakistan reduced only to West Pakistan in 1971) was the 1973 constitution which not only described Pakistan as an Islamic state but also required the president and prime minister to be Muslims who should under oath testify that they believed in the finality of the prophet hood of Prophet Muhammad (PBUH). In 1974 the same Pakistan National Assembly declared the Ahmadis non-Muslims.

Under General Zia further legal restrictions were imposed on Ahmadis. They were forbidden to use Islamic nomenclature. Benazir Bhutto nor Nawaz Sharif dared to rescind the Islamist edicts introduced by Zia. On the contrary, while the blasphemy law of 198 introduced by Zia stipulated heavy fine, life imprisonment or capital punishments as different types of punishments which could be meted out to blasphemers the law was in 1990 further narrowed to only capital punishment by the Federal Shariat Court when Nawaz Sharif was prime minister. It has remained so ever since.

The truth is that it is a vain myth created by self-proclaimed champions and devotees of Jinnah. From a political science point of view the correct, realistic and relevant question to pose should be: are the constitutional developments after the Objectives Resolution of 7 March 1949 consistent with its commitments to Muslims and minorities?

The writer is Professor Emeritus of Political Science, Stockholm University; Visiting Professor Government College University; and, Honorary Senior Fellow, Institute of South Asian Studies, National University of Singapore. He has written a number of books and won many awards. He can be reached on billumian@gmail.com