The rupiah’s reign as Southeast Asia’s best currency is set to be short-lived as the supportive inflow from a $12.3 billion tax amnesty program is about to be slammed shut.

The currency will slump more than 2 percent by March 31 as the market’s focus returns to Indonesia’s current-account deficit and as rising U.S. interest rates lure money away from emerging markets. Bank of Tokyo-Mitsubishi UFJ Ltd. says the rupiah will suffer as the dollar strengthens, while Standard Chartered Plc predicts the currency will drop through the first half as the deficit widens.

“A significant portion of funds under the tax amnesty would be repatriated by the end of December, which would ease some supporting flow for the rupiah,” said Teppei Ino, an analyst at Bank of Tokyo-Mitsubishi in Singapore. “We are also likely to see the somewhat strong dollar trend remain in the first quarter.”

The rupiah strengthened for four straight quarters through September as the amnesty and a slew of economic reforms overshadowed the current account that’s been in deficit since 2011. The authorities expect the program will bring in as much as 165 trillion rupiah ($12.3 billion) before it ends on March 31, compared with the 100 trillion rupiah it had attracted as of Dec. 9.

The currency has gained 3 percent this year, more than four times as much as the second-placed Thai baht. It closed at 13,393 on Friday.

“The macro environment won’t be weak for Indonesia with the tax revenue from the amnesty program to be used for infrastructure development,” Bank of Tokyo-Mitsubishi’s Ino said. “The weaker rupiah forecast is more driven by the dollar story.”

Not everyone is negative. TMB Bank Pcl, the top rupiah forecaster in Bloomberg rankings for the third quarter, predicts the currency will fall as low as 13,500 per dollar this quarter before recovering to 13,000 by the end of March due to “robust economic activity” and a halt in the dollar’s rally.

“We expect to see the Indonesian economy perform well in 2017,” said Jitipol Puksamatanan, a strategist at TMB Bank in Bangkok. “GDP growth should exceed 5 percent with robust support from many fiscal and monetary policies.”

Standard Chartered forecasts the rupiah will weaken to 13,500 by the end of March and slide to 13,700 by June as the current-account deficit widens and demand for the dollar rises.

“While central bank intervention and likely repatriation related to the tax amnesty may provide a near-term respite for the rupiah, we expect any dips in dollar-rupiah to be shallow,” Divya Devesh, a foreign-exchange strategist at Standard Chartered in Singapore, wrote in comments last month that he confirmed last week.

“Lower real policy rates remove an important buffer for the rupiah during periods of market stress, particularly in an environment of higher U.S. real rates,” he said.(dmr) 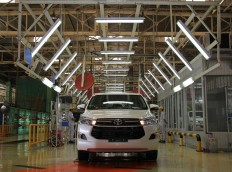 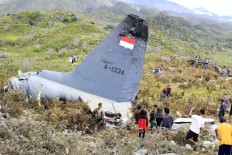 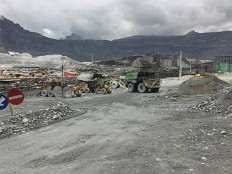