S.R. Nathan was one of the architects of India’s relations with the ASEAN 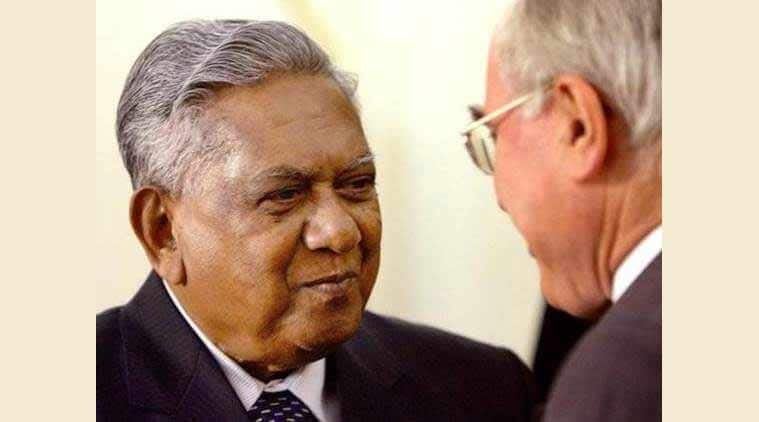 Indian diplomats who dealt with the region, and Singapore in particular, acknowledge that SRN was the “real but silent mover behind the scenes” as far as India-Singapore relationship was concerned.

Singapore’s former president S.R. Nathan (SRN), who passed away on August 22, was among the principal architects of the city-state along with the legendary Lee Kuan Yew. Among the less-known of his contributions (some of them bordering on the extraordinary) was building India-Singapore ties — and by extension, the Indo-ASEAN relationship that was at the core of Prime Minister Narasimha Rao’s “look east policy”.

During the Cold War decades, India’s relations with the South East Asian nations were, to put it mildly, frosty. Delhi saw the states in the region as parts of the US-led anti-communist block. “Coca-Cola republic” was one of the more sticky and, in hindsight, avoidable phrases of the Nehru years; the view from the other side about India was not too flattering either.

Indian diplomats who dealt with the region, and Singapore in particular, acknowledge that SRN was the “real but silent mover behind the scenes” as far as India-Singapore relationship was concerned. Subsequently, Singapore facilitated India’s gradual, and at times grudging, acceptance by the South East Asian nations. Former secretary in the ministry of external affairs, Amarnath Ram, who had extensive dealings with the ASEAN, recalls SRN as “ an internationalist, an insightful thinker, respected intellectual, academic of high calibre and a humanist”.

SRN’s role as one of the “wise men” of the Council for Security Cooperation in the Asia Pacific (CSCAP) will long be remembered. He helped give direction and content to the CSCAP, particularly in its early years. He actively supported India in the CSCAP at a time when the country was considered an outsider in the Asia Pacific region.

My association with SRN was brief but memorable. We first met in 1996 when he visited Delhi to study the IDSA where I had just been appointed the deputy director. SRN’s formidable reputation preceded him and I knew of him as Singapore’s former ambassador to the US and the former intelligence chief of his country. Here was a man who had faced severe personal setbacks during his formative years, saw the brutalities of World War II and participated in the birth of Singapore. There were anecdotal references to the resolute manner with which he dealt with the communists and insurgents and about his volunteering to be a hostage to resolve a Palestine terrorist-related crisis in 1974.

SRN was visiting think tanks across the world, then, to observe the best practices – as he put it — for he was entrusted with the founding of Singapore’s Institute of Defence and Strategic Studies. SRN, in his characteristically affable and unassuming manner, asked me to give him, what he described as, a “tutorial” about how the IDSA was run. He wanted to know the degree to which the research output of the institute actually contributed to, and shaped, government policy. Clearly I was one among his many interlocutors and a relative greenhorn at that. But the earnest manner in which SRN engaged with you made one feel very special.

One of the more tricky moments that he managed to defuse occurred in an India/ASEAN-ISIS conference in the mid-1990s in Delhi, where heads of all security think tanks of the ASEAN were invited. It was a major track 1.5 effort and the exchanges were candid. Given the history of the animus between India and the South East Asian nations, some discussions became very tense and heated. At one point there was a near breakdown. SRN stepped in, assuaged the bruised sensitivities and brought the conference back on track.

Appointed president of Singapore in 1999, SRN was ever the gracious and generous host and one will cherish calling on him in Istana — the presidential palace. A role model for his citizens, SRN was a man of many parts and epitomised the diversity and dynamism of Singapore. It was a privilege to have met him — albeit very briefly.