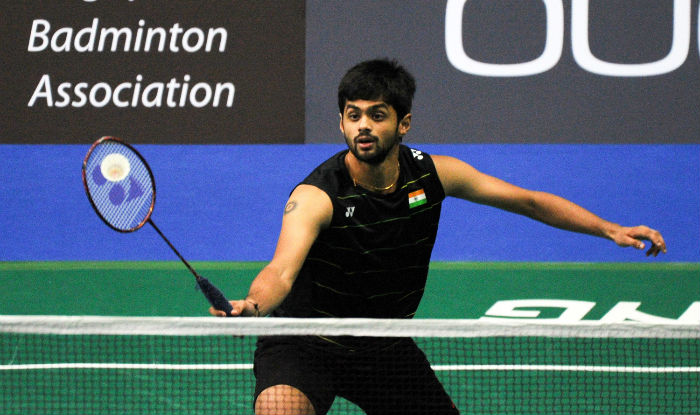 Sai Praneeth dished out a fabulous performance to beat his compatriot Kidambi Srikanth 17-21, 21-17, 21-12 in the final of Men’s Singles in Singapore Open Super Series. Praneeth made an excellent comeback to clinch his maiden Super Series title. He lost the opening game 17-21 and then was trailing 1-6 in the second game. However, despite that, the 24-year-old backed himself to win two games on the canter. The final lasted for 54 minutes.

It was Kidambi who started as the favourite, but Praneeth came into the match with dominating head to head record. After winning the opening game, it looked like Kidambi will have an easy time against his compatriot. However, Praneeth turned the tide with his fine performance to record fifth win out of six matches over Kidambi. Also Check- Kidambi Srikanth vs Sai Praneeth Singapore Open 2017 Final- As it Happened

The opening game lasted for 19 minutes which saw Praneeth make many errors. Capitalising on it, Kidambi kept chipping away with the lead. Kidambi then began the second game on a strong note with a 6-1 lead under his belt.

It was then Praneeth who pushed himself and played aggressively. The lead kept swinging from one player to another. Eventually, it was Praneeth who took the lead and never looked back. He won the all-important second game 21-17.

The deciding game began with Praneeth dominating the proceedings. Praneeth displayed incredible dominance as he outclassed Kidambi. At interval during the third game, Praneeth had a comfortable six-point lead. He then ran away with the lead and emerged victorious.

After the match, Praneeth said it was difficult to face Kidmabi as both the players train at the same academy. “Since we know each other’s game well, so it gets difficult,” said Praneeth.

Praneeth also thanked supporters present at the venue. “Right from the first day, the support for the Indian players and me has been very nice. That also gives the boost for the players. I am really happy the way Indian supporters are here,” he added.