For some people, food is about more than just taste. It is about history, philosophy and culture waiting to be discovered.

Joining a culinary tour is an interesting way to learn more about the stories behind the foods we enjoy. Kelana Rasa, for example, is a gastronomy tour organizer that explores local and international foods. Established in 2011, it has visited several regions in Indonesia including South Sulawesi, West Sumatra and Maluku. “Our purpose is simple; we want Indonesians to love our archipelago’s gastronomy that is less well-known,” said founder Arie Parikesit.

During the tour, Kelana Rasa provides more than simply food tasting for its participants, who are mostly members of traveling and culinary communities. “Aside from tasting [the food], they said they also learned about many new things, such as the ingredients, local cooking methods, eating habits and new spectrums of flavor,” he said.

During a trip to Minangkabau in West Sumatra, for example, participants learned how to make rendang (beef simmered in spices and coconut milk), while in Bangka they visited a forest known for its unique kulat pelawan mushroom, which can be made into the traditional lempah kulat pelawan (mushroom stew).

Prior to creating new trips, Arie explores destinations to decide whether they are unique enough to be included on a culinary tour. “It includes the availability of local food as well as additional value, such as souvenirs, cooking classes and other factors,” he said.

Another culinary tour organizer, Jakarta Food Adventure (JFA), invites its participants to explore the history and culture of Jakarta through its cuisine. “Based on my observations, there’s no trip organizer in Jakarta that particularly offers food or culinary tours that explore foods, history as well as culture for foreigners,” said founder Ira Latief.

Though only recently founded in February, JFA has explored numerous locations including Jakarta’s Chinatown in Glodok, Little India in Pasar Baru, the Arab quarter in Cikini, Portuguese village in Kampung Tugu and other fascinating locations. The group has also visited Yogyakarta in Central Java for an Ada Apa Dengan Cinta? movie adventure.

“The location [choices] are usually based on our observations of the number of ethnic communities or thematic restaurants that can be found there,” said Ira. “For example, Pasar Baru is home to many Indian restaurants as well as Indian communities and Indian temples.”

Before establishing Kelana Rasa, Arie traveled for work for more than 10 years, which allowed him to explore various cuisines and later share his experiences in food-related forums and mailing lists.

“A study by Gajah Mada University recorded at least 5,000 Indonesian cuisines exist today,” he said. “I dare say that Indonesia has the highest level of culinary diversity in the world compared to Europe and America; this is something that we have to promote and preserve together.”

The organizer is currently in the process of inviting foreigners, especially those from Malaysia and Singapore, to experience Indonesian culinary tours, as well as adding new destinations such as Kalimantan, Lombok and Toraja. 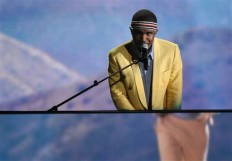 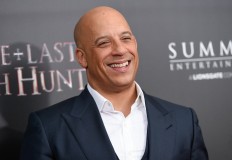 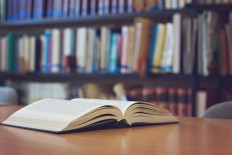 Previous Amputee charity fundraiser arrives in WA after 5000km ride
Next My relationship with Genevieve was a disaster – Actor, Okechukwu Joseph