Some Singapore farmers have already jumped on the technology bandwagon to boost their yields.

From automated processes to artificial lighting, they have applied technology to overcome the challenges of land scarcity and climate change.

From 2010 to last year, Singapore’s production of leafy vegetables grew by over 20 per cent to 11,420 tons of leafy greens, or 13 per cent of Singapore’s vegetable supply. There are currently 56 local vegetable farms.

In total, about 140 farms have tapped the Agri-Food and Veterinary Authority’s (AVA) funding schemes since 2012.

Over US$20 million has been disbursed for research and development and to boost productivity and capability under the AVA Food Fund and Agriculture Productivity Fund. A total of 28 vegetable farms have used these funds, while fish farms make up the bulk of the remaining recepients.

One such facility is the 9-ha Kok Fah Technology Farm in Sungei Tengah Road. It produces about 1,000 tons of leafy greens, such as cai xin, every year, and it has been upgrading its technologies regularly since 2011.

It uses a composting machine that can turn vegetable waste into nutrient-rich compost.

A “plug popper” – a device that dislodges baby plants from the tray they are grown in – is also used to extract seedlings before they are replanted.

Crops are now watered using an automatic irrigation system whereas it used to take one worker three hours to water the plants every day.

A packing machine also now puts harvested vegetables into plastic bags whereas in the past workers had to bag them by hand.

Meanwhile, Farm 85, which grows vegetables in Lim Chu Kang, has installed automated shades with rainfall sensors and mist irrigation systems to reduce the heat in its greenhouse.

With lower temperatures, water loss through evaporation and transpiration is reduced so that irrigation during hot weather does not have to be increased by a lot.

“A new breed of progressive vegetable farmers is emerging,” said an AVA spokesman. However, “the industry can do more to bolster our food security”, she added.

“Farmers can consider vertical farming technologies and intensive farming systems that suit their cultivation style best, and harness it to intensify land use.”

Associate Professor Matthew Tan is the co-chair of a working group for sustainable development of agriculture and fishery sectors at APEC (Asia-Pacific Economic Cooperation).

He said that costs and a “mindset gap” are some factors which could be preventing other farmers from harnessing technology.

“What we need is for good farmers to invest so others will see it can be done. This will spur other traditional farmers to do the same,” said Prof Tan.

Adopting technology is also one way to attract younger people to join the industry, said the Minister of State for National Development and Trade and Industry, Koh Poh Koon.

Speaking after a recent study trip to visit high-technology farms in Japan, he said: “The term farmer seems to do a disservice towards people in this industry because… there is so much science involved.

“To do justice to the modern farmers, we should [call them] agri-technologists or agri-specialists… That would also allow the young and the public to see farming in a different light.” 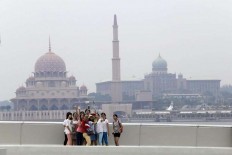 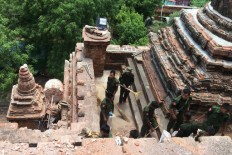 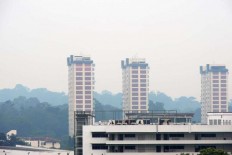