The Securities and Futures Commission, recognising the competitive pressures the city faces in attracting listings by new economy companies, has thrown its weight behind the Hong Kong stock exchange’s proposed listing reform that will allow companies with multiple classes of shares to list here, its chairman Carlson Tong Ka-shing said on Tuesday.

This confirmed a South China Morning Post report on the regulator’s support for a change that will hopefully attract big mainland players such as Lufax and Ant Financial Holdings.

“This is a competition issue. It is not just the US – the UK and Singapore also want to attract technology and new economy companies to list. Hong Kong needs to play catch up,” Tong said in a media briefing on Tuesday.

He hoped at least one giant tech company would list here under the new rules by October 2018, when he retires after a six-year stint with the commission.

“I hope that mainland tech companies would no longer see the need for them to list in the US, as they will be able to list in Hong Kong, while the tech giants such as Alibaba Group Holding and Baidu would consider secondary listings here after the new rule changes for dual-class share companies are introduced next year,” said Tong.

“I hope that mainland tech companies would no longer see the need for them to list in the US, as they will be able to list in Hong Kong.”

This follows the rejection in 2014 of a plan by e-commerce giant Alibaba to adopt a structure that would allow its founder, Jack Ma Yun, and key executives to appoint more than half of the company’s board. Alibaba, which owns the South China MorningPost, eventually listed in New York, which allows dual-class share structures while Hong Kong has banned these since the mid-1980s. Ant Financial is an affiliate of Alibaba.

The stock exchange in 2015 proposed to allow these companies to list but the proposal was scrapped following objections by the commission.

On Friday, stock exchange operator Hong Kong Exchanges and Clearing unveiled a proposal to allow giant technology companies with at least HK$10 billion (US$1.28 billion) to list with multiple classes of shares, and biotech companies with no revenue to list in Hong Kong after a rule change by mid next year. This time, Tong indicated his support but stressed that proper investor protection measures must be in place.

“Let us be clear, we still believe that ‘one-share, one-vote’ is the gold standard since it has never been proven that companies with weighted voting rights perform better in the long run. We do accept, however, that to attract new economy companies to list in Hong Kong and to make our market more vibrant, we need to change,” said Tong.

“This suggests that mainland technology companies prefer weighted voting rights structures and if Hong Kong wants to attract these companies to list in its market, we have to find a way to accommodate those that we consider to be of substance and quality,” he said, adding that the commission will work closely with HKEX on safeguards.

Tong also said one of the reasons for the commission’s objection in 2015 was that due to large fund houses worries about these companies would be added to the benchmark index and, as such, passive fund managers would be forced to invest in them.

“Recently, both FTSE Russell and S&P have decided to place restrictions on the admission of companies with weighted voting rights in their indices, although MSCI has decided to carry out further consultation,” said Tong.

“However, some large fund houses such as Black Rock rejected the idea of index providers restricting weighted voting rights companies from their index as they believe the fund houses should have the right to choose what companies to invest in.

“They would rather see protective measures such as sunset clauses. Clearly, there has been a slow shift of mindset … accepting some form of weighted voting rights companies.”

With regard to the commission and Hong Kong’s Independent Commission Against Corruption (ICAC) joining hands to raid the offices of financial company Convoy Global, Tong declined to comment on the case but confirmed the commission would, where necessary, continue to collaborate with other regulators and enforcement agencies such as ICAC, Hong Kong Police and mainland regulator China Securities Regulatory Commission in combating financial crimes to maintain market quality.

Tong said investors should be aware of market uncertainties in 2018.

“Going into 2018, the capital market may face many uncertainties, including Brexit, geopolitical risks in North Korea and the Middle East, and the US interest rate rises,” said Tong.

“The US stock market may adjust itself and if it happens, it will affect the rest of the world, including Hong Kong, which has recorded substantial gains over the year.

“I would therefore like to remind investors that they need to be very cautious and prudent in making their investment decisions and to not take excessive risks.” 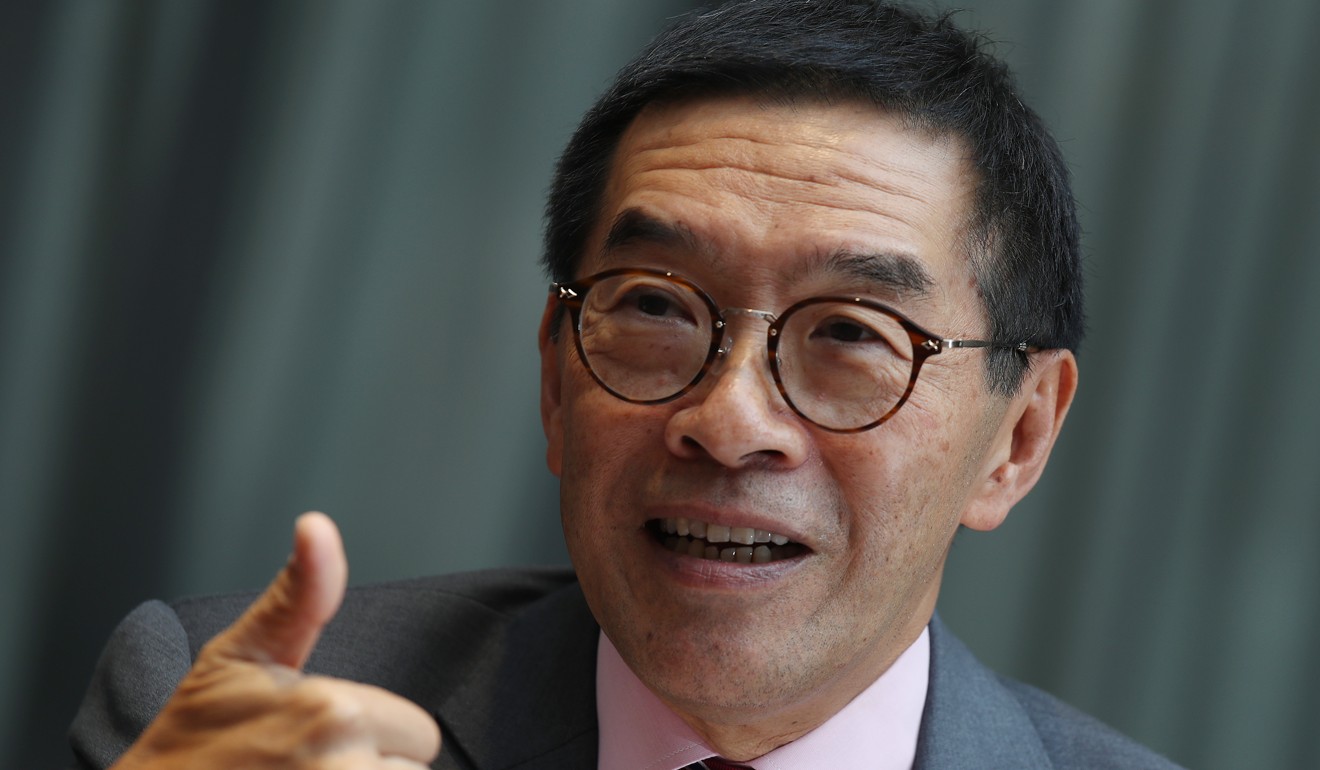