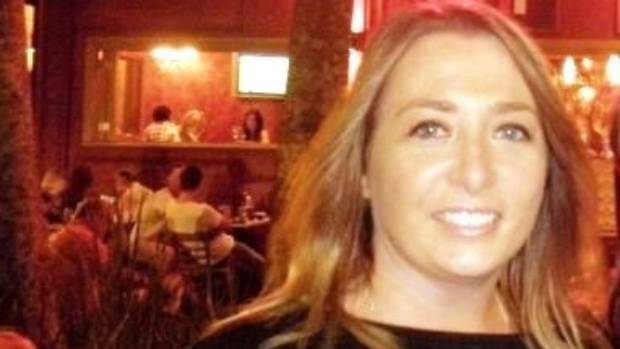 Tracey Topp went to court to get her name suppression lifted, after being sexually assaulted as a child by her father, air force sergeant Robert Roper, at Whenuapai air base.

Tracey Topp remembers witnessing the moments right before her sister was raped by their father for the first time.

Tracey was eight, Karina,11; it was just them and their dad in a motel spa pool the night before a family trip to Singapore. When he told the girls to take off their togs, Tracey started to complain. “I’m tired, I want to get out,” she whinged, until he reluctantly let her put on her wet togs and go back to their room.

As she closed the door Tracey saw him pull Karina onto his lap. Tracey says she’ll never be able to scrub her memory of the look on her sister’s face in that moment. She has what she calls “significant survivor’s guilt”, although she knows in her rational mind she was only eight. She was not to blame. None of the girls abused by Robert Roper were to blame and, since 2015, he has been in jail for the evil he did to them, and to others. 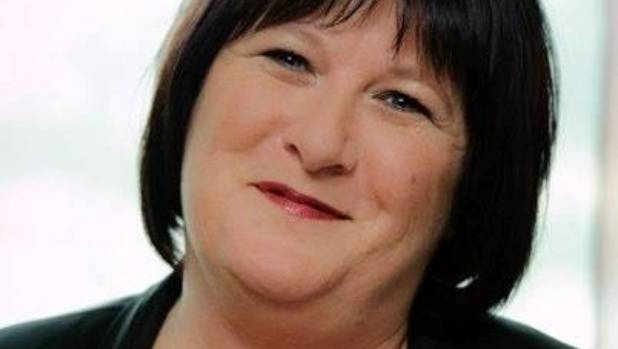 This is the first time Tracey has spoken publicly about the abuse that took place over a dozen years in the 70s and 80s, mostly on the Air Force base at Whenuapai where her father worked in the transport division. She testified at his trial under name suppression, but has now chosen to have that lifted. The report that will show how the Defence Force intends to change its handling of sex assault cases is due out in a matter of weeks and so it’s time to help others, Tracey says. The trial destroyed her, she was suicidal for a time, but now she’s considering signing up for a diploma in psychology. It’s time to step into the light.

Her sister Karina Andrews was the first to make that decision, lifting her own name suppression after the trial two years ago. When Roper was convicted, the NZ Defence Force tried to back away from responsibility, saying the matter had been “investigated by police and dealt with by the Courts, and the NZ Defence Force has no further comment”. How galling that must have been for Karina and Tracey, who were interviewed several times by Military Police as children about the allegations – twice, incredibly, with their father in the room. 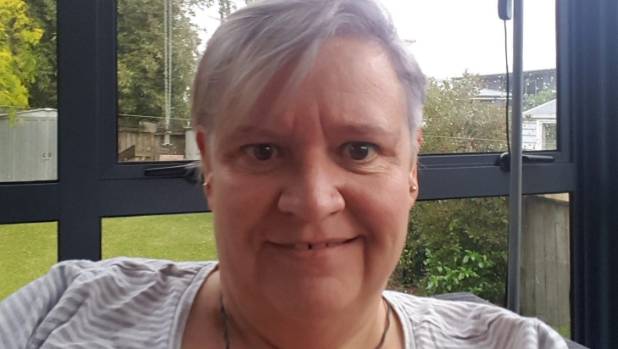 Cherie Ham, pictured, Tracey Topp and Karina Andrews are united in their admiration for Louise Nicholas.

And then nothing was done.

The sisters’ story is hard to hear, hard to tell, even to me on the phone. As they talk about how Karina tried to shield her baby sister from the worst of her father’s abuse, about how the fight for justice has brought them closer together, I flash back for an instant to a moment in my own past.

About 15 years ago, at home in Melbourne for a family Christmas, my mother mentions in passing that a former neighbour has paid a surprise visit. Instantly at the mention of his name my hackles rise – good thing I wasn’t here to answer the door, I spit, or he’d be out cold on the doorstep. My mother is nonplussed; but my older sister is looking at me with an odd intensity. We hold the look for a second, two seconds. In that moment we both realise the other was subject to the same abuse at his hands. I was 10, she would have been 12 or 13. An extra sisterly bond neither of us would ever have wanted. 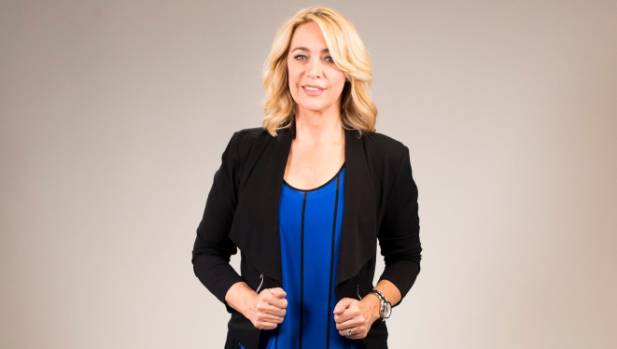 Alison Mau shed no tears when she found out a former workplace harasser had died.

Now Karina’s sister Tracey has joined her in the sunlight, along with another Roper survivor, Cherie Ham; another who has bravely asked for name suppression to be lifted. I spoke to them all on separate occasions this week, and found them remarkably united in their feelings towards the Defence Force; their hopes for change; and their determination to save this from happening to any other person, male or female.

The three women have a meeting with NZDF scheduled for mid-January to see, they hope, the report in full for the first time. Survivor advocate Louise Nicholas will be with them.

All three say they’d never met Nicholas before 2015, but all had heard of her story, and took strength from her strength throughout Roper’s trial. After he was convicted, they sought Nicholas’ help to push for a full inquiry. That report by QC Frances Joychild has been completed, and has been with the NZDF for almost a year now. The women have had a glimpse at it once – Tracey tells me they were given eight hours with it in November last year –  although much of it redacted. “It was too much to take in that short space of time. I had to put it down.” 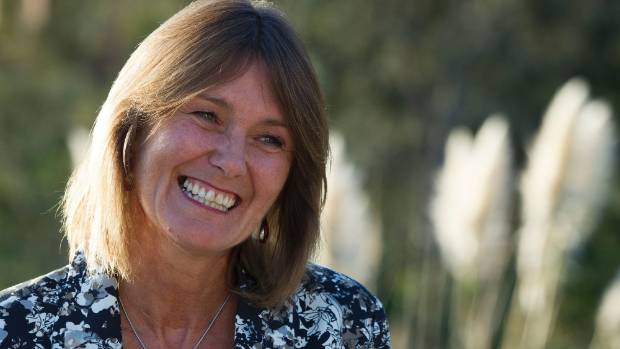 Louise Nicholas will be with the women when they meet the Defence Force to discuss the Roper report.

Tracey lives in Perth now and says she won’t be getting on a plane for the meeting without seeing the thing in full. She says one of the women’s biggest challenges is getting access to parts of the report that would  prove her father was protected by the Defence Force 30 years ago.

“That’s the thing that surprised me,” she says.

“We asked whether there were reporting processes in place at the time, and why weren’t they followed? There were, they told us, but it wouldn’t have mattered. There was no accountability.”

Karina, Tracey and Cherie are united in their gratitude and admiration for Nicholas.

“She’s been a guardian angel,” Karina tells me. “She follows through. The NZDF are afraid of Louise, because she gets s… done. We bring her along because they know she’s serious.”

Cherie and Tracey agree, Nicholas has been their touchstone and their rock. While adamant every woman has the right to her own truth, her own story, they’re surprised by recent complaints from survivors who’ve questioned Nicholas’ commitment.

“You’re dealing with people who are traumatised,” Tracey reasons.

“Perhaps it was because she didn’t meet their expectations. Perhaps they’ve built her up to be something she’s not.

“But Louise is the first person to step forward and support the people who need it. I’m so thankful she was on our side. I don’t think they would have taken us as seriously without her.

“Let those complaints be investigated in full, those women deserve it, but I feel strongly that Louise will come out on the right side of things.”

An important note in Cherie, Karina and Tracey’s story is the exemplary way they say New Zealand Police handled their complaints from the moment Karina came forward in 2012.

“I rang Pukekohe police station and instead of making me come down to make a statement, they came to me at home,” Karina says. “That initial contact, where I was able to talk in a place where I felt safest, was the most positive experience. That initial decision kept me going through all of it.”

Karina credits one officer, Detective Bryony Brown, for taking her through the arduous process from start to finish. Brown received a commendation for her handling of the Roper case this year.

That’s the kind of consistency Karina says is needed in any overhaul of NZDF processes surrounding sexual offending.

“It was so important that one person stays there with you all the way through, so you don’t have to repeat your story again and again. Exposure therapy has been good for me – it doesn’t hurt to tell my story any more. But that does not work for everyone.”

As their January meeting approaches, I ask all three what they think of the NZDF’s willingness to change – ahead of the Joychild report, it has implemented it’s own programme called Operation Respect.

“If it really does change, I’ll be very surprised,” Cherie says.

“I’m looking forward to the briefing because for all of us, it could be the beginning of the end of all of this.”

For a moment I’m overwhelmed by the bravery of these three women. A little timidly, I ask Tracey why she keeps up the fight. This could cast a shadow over her whole life – why keep going?

“I could let it go, but how’s that going to help anyone? The last thing we all want is for some other person’s son or daughter to experience what we’ve experienced. If we step back, what was it all for?”

WHERE TO GET HELP

Any  member of the NZ Defence Force who is experiencing harmful behaviours can contact their helpline on 0800 NZDF4U, 0800 693 348.

Kidsline (open 24/7) – 0800 543 754. This service is for children aged 5 to 18. Those who ring between 4pm and 9pm on weekdays will speak to a Kidsline buddy. These are specially trained teenage telephone counsellors.

Previous Urban India needs to break with the status quo for a sustainable future
Next The right start: healthcare in India