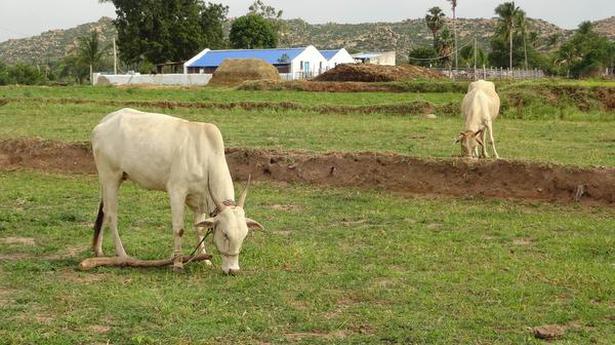 Perhaps for the first time in history, the Department of Water Resources has not released water from Tungabhadra reservoir to the command area for even the first crop this year. As a result, the vast cultivation area of the premium ‘Sona Masuri’ rice brand here has remained unsown.

The water crisis, affecting around 20 lakh farmers and labourers in the command area, is likely to trigger a migration. There are also fears it could lead to a serious shortage of this high-quality rice in the market.

Consumers in Karnataka, Maharashtra, Tamil Nadu, Kerala and other parts of the country, as well as those in Singapore, Dubai and Sri Lanka, are likely to be hit as the rice variety grown in the Tungabhadra belt is of high quality and is sought after.

At present, the reservoir has 57 tmcft of water, against its capacity of 133 tmcft. This includes 32 tmcft of slit accumulated over the past 50 years. Considering the evaporation losses, drinking water requirements, and the share of undivided Andhra Pradesh, hardly 35 tmcft of water will be left in the reservoir for the State’s irrigation. Given the poor inflow, the reservoir cannot meet the demand of 80 tmcft for taking up paddy cultivation on around 6 lakh acres spread over three districts — Ballari, Koppal and Raichur.

According to sources in the Department of Water Resources, water will be released into the canals in the first week of September for farmers to cultivate rabi crops such as chickpea, green gram, sunflower and sorghum, which require relatively less water. The Tungabhadra Irrigation Consultative Committee (TICC) is scheduled to meet in Bengaluru on Tuesday to finalise the schedule and amount of water to be released from the reservoir.

In 2016-17, which witnessed the lowest inflow, water was provided with difficulty for kharif crops. Paddy growers then managed to scrape through before the closure of canals, but cotton and chilli growers suffered Going by that experience and the reduced inflow to the dam in August, farmers are not taking any risks. Meanwhile, the TICC has been very cautious in releasing water into the canals as top priority is being given to overcoming the looming drinking water crisis.

Furthermore, farmers who have grown paddy plants for the purpose of selling them to other farmers for transplantation are feeling the heat as their saplings are growing old in nursery beds with no buyers.

With paddy production coming to a standstill in the command area, the rice industry — already in crisis thanks to drastic reduction in paddy production in recent years on account of drought, escalating maintenance costs, and imposition of Goods and Service Tax on the sale of rice under registered trademarks — is looking at a steeper fall.

At least half of the 250 rice mills functioning in Gangavathi, Karatagi, Siruguppa, Sindhanur, Manvi, Raichur and other urban centres, which hull and process over 13 lakh tonnes of rice every year, have downed shutters. The remaining are struggling for survival.

“Whether we run the mill or not, we have to pay minimum electricity charges at ₹185 a kW. Considering the interest on loans, salaries to labourers and other maintenance costs, even the smallest mill is incurring a minimum cost of ₹5 lakh every month, while the bigger ones are seeing losses of up to ₹20 lakh a month. Some have invested around ₹2.5 crore for establishing small mills, while those with bigger ones have invested up to ₹20 crore, excluding the working capital,” said Maram Tippanna, a rice miller from Raichur.