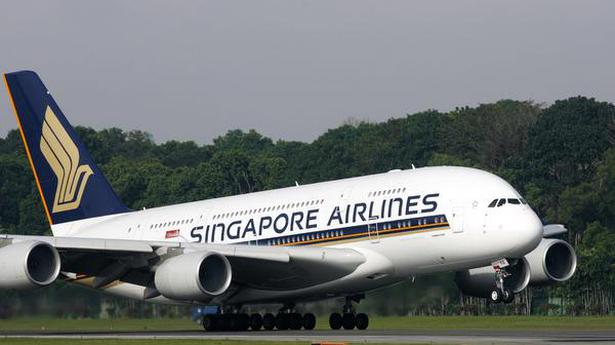 As more young Indians take to global travel, Singapore Airlines, Southeast Asia’s biggest carrier, is planning to cash in on a growing demand in the fly-cruise market to take travellers to exotic locations or take ship rides through rivers and oceans for adventure, David Lim, general manager, India, said in an interview.

“From Singapore, we have Royal Caribbean crew, Star Cruise, and one can go to Malaysia and Thailand. That market for the Indians is growing,” he said.

In March, Singapore Airlines signed a $26 million partnership with Royal Caribbean International to promote cruising out of Singapore on Caribbean’s ‘Ovation of the Seas’ and ‘Voyager of the Seas’ ships. About 45,000 tourists will be flying between March and June to Singapore to sail on the ships, according to the operator. Royal Caribbean has 72 sailings lined up for the 2017-18 season.

Ovation of the Seas

Asia’s largest cruise ship, Ovation of the Seas, started operations from Singapore in the same month. The ship, which has 18 decks and indoor skydiving, sails to Bangkok and the Chinese port city of Tianjin. The cruise market, according to Singapore Tourism Board, grew 16% to 1.2 million last year.

Singapore Airlines will use its no-frills airline Scoot to encourage Indians fly the airline to other destinations from Singapore, Mr. Lim said.

“It enables cross-selling within the group,” he said. “Scoot flies from Singapore to Krabi, a beach destination in Thailand, very near to Phuket. A lot of Indians go to Krabi. We are able to fly customers from India to Singapore in our airline or SilkAir and then onwards in Scoot to Krabi with baggage, seat selection and food included.”

Amritsar and Jaipur have been the latest routes added to Scoot Airlines, a subsidiary of Singapore Airlines. Scoot now flies from Lucknow, Tiruchirapalli, Hyderabad, Chennai, Bengaluru and Kochi to Singapore.

“It (Scoot) has been doing well since its launch three years ago. We already have [reached] break-even and made a profit.” The fleet size is 14 787s and 23 Airbus 323-19s, with as many 50 weekly flights from Singapore to India, Mr. Lim said.

A total of 659,799 Indians visited Singapore during the six months ended June, a growth of 15% over the last year. “This year we expect to see a 15% year-on-year growth,” Mr. Lim said.

“We are seeing good numbers and we are seeing demand. India is one of the fastest growing market for Singapore Airlines. We are now in the era of global uncertainty whereby not many airlines are doing well and India provides a bright spot.”

Since 2010, Singapore Airlines increased its seat capacity by 30%. “At any time we are nearly 24,000 seats per week. Earlier, at start we were 18,000 seats. We increased to Ahmedabad an additional flight per week,” Mr. Lim said.

The airline will take delivery of its first Boeing 787-10 aircraft and Airbus A350-900ULR by the latter half of next year, Mr. Lim said.