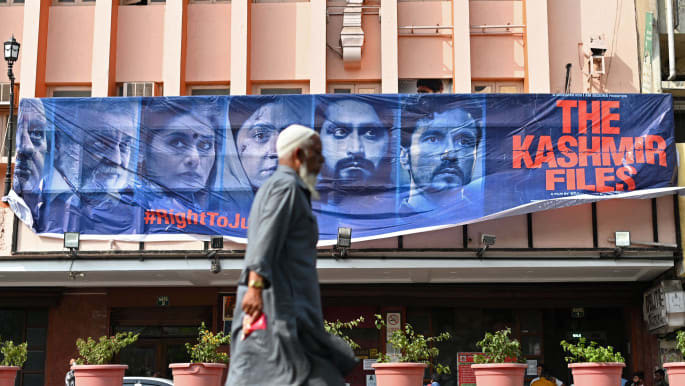 Singapore has banned a controversial Indian film over its “provocative and one-sided portrayal” of Muslims in Kashmir that officials fear could provoke religious and ethnic tensions in the city-state. Released in March and one of India’s highest-grossing films this year, “The Kashmir Files” depicts in harrowing detail how several hundred thousand Hindus fled Muslim militants in Indian-administered Kashmir in 1989 and 1990. The movie has been endorsed by Prime Minister Narendra Modi, and seized on by Hindu hardliners to stir up hatred against the country’s Muslim minority. Singapore puts a ban …