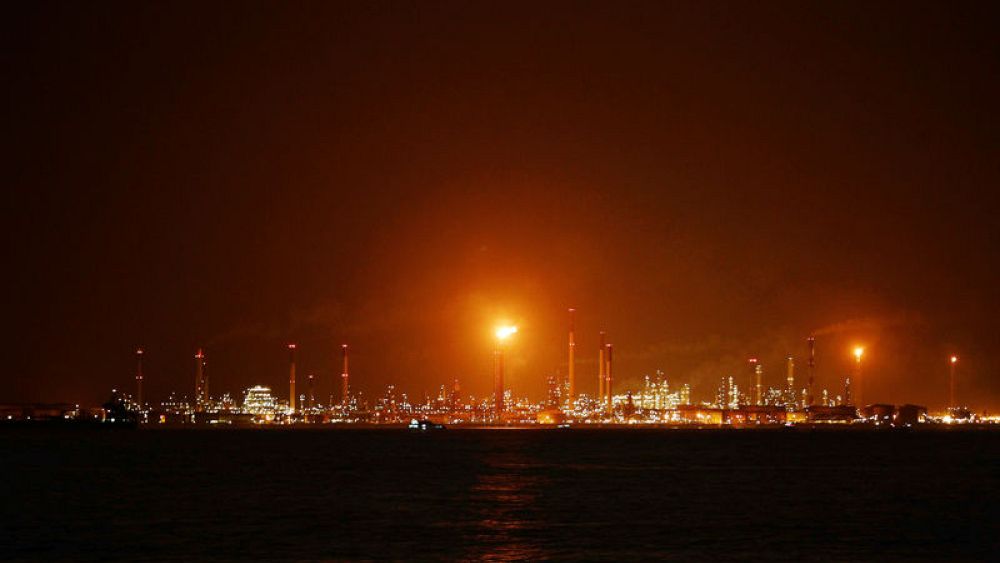 By John Geddie and Fathin Ungku

SINGAPORE (Reuters) – Eleven men were charged in a Singapore court on Tuesday over their part in an alleged oil theft at Shell’s biggest refinery, court documents showed.

Police in the island-state, Asia’s main oil trading hub, said earlier on Tuesday they had detained 17 men and seized millions of dollars in cash and a small tanker during their investigations into a theft at the Pulau Bukom industrial site.

Royal Dutch Shell Plc, which first reported the theft to authorities in August, said in a news release that the arrests included “a limited number of Shell employees” and that it anticipated “a short delay in the supply operations at Bukom.”

Nine Singaporeans were charged over the theft and two Vietnamese nationals were charged with receiving stolen goods, transferred from Pulau Bukom to a vessel named Prime South, charge sheets showed.

Those arrested by police during raids on Sunday, all men, ranged in age from 30 to 63. Police said the six who had not been charged were still under investigation.

They have also frozen the suspects’ bank accounts, the police said.

Bukom is the largest wholly owned Shell refinery in the world in terms of crude distillation capacity, according to the company’s website.

Shell declined to say how much oil had been stolen. The charge sheets specified gasoil as the stolen commodity and listed varying amounts for each man charged.

Shipping and oil refining have contributed significantly to Singapore’s rising wealth during the past decades.

The Southeast Asian city-state is one of the world’s most important oil trading hubs, with most of the Middle East’s crude oil passing through Singapore before being delivered to the huge consumers in China, Japan and South Korea.

Shell is one of the biggest and longest established foreign investors in Singapore. Its oil refinery on Bukom island, situated 5.5 km to the southwest of Singapore, is the company’s biggest such facility in the world, with a processing capacity of 500,000 barrels per day.

Southeast Asia is a hotspot of illegal oil trading. In some cases, oil has been illegally siphoned from storage tanks, but there have also been thefts at sea.

The Regional Cooperation Agreement on Combating Piracy and Armed Robbery against Ships in Asia (ReCAAP) says that siphoning of fuel and oil at sea in Asia, including through armed robbery and piracy, saw sharp increases between 2011 and 2015.

There has been a modest decline since then, although the organisation said in a quarterly report that oil theft was still “of concern,” especially in the South China Sea, off the east coast of Malaysia.

The stolen fuel is generally sold across Southeast Asia, offloaded directly into trucks or tanks at small harbours away from oil terminals.