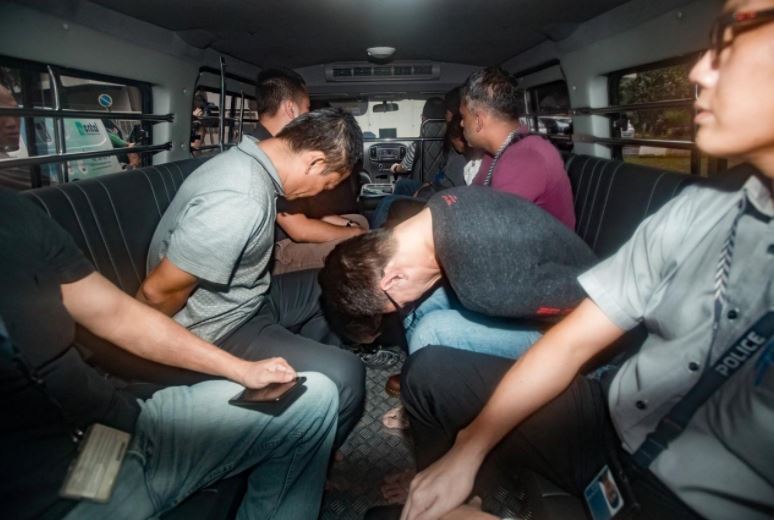 Singapore: A Singapore court on Saturday charged three men suspected of involvement in large-scale oil theft at Shell’s biggest refinery, days after bringing charges against 11 under an extensive probe by authorities in the city state.

The Singapore subsidiary of Royal Dutch Shell Plc first contacted the authorities in August 2017 about theft at its Pulau Bukom industrial site, just south of the country’s main island.

Police have seized millions of dollars in cash and a small tanker in the sting operation involving simultaneous raids across Singapore, one of the world’s most important oil trading centres and a major refinery hub.

But the charges levelled against three additional suspects on Saturday have entangled Sentek Marine & Trading Pte, one of Singapore’s biggest marine fuel suppliers, and the investigation found that one of two vessels used to transport the stolen oil products was managed by the firm.

Sentak Marine said in a statement two of the three suspects had been employees, one a marketing and operations manager and the other a cargo officer. It said both had been dismissed.

The role of the third, a Vietnamese national, was not immediately disclosed by the court or the companies. A Shell spokeswoman said none of the men charged on Saturday was an employee of the company.

The three are accused of receiving stolen property, with a combined value of S$896,444 ($676,510.45), at Pulau Bukom site, where Shell has its largest refinery, according to court documents.

The amount of oil products involved in the theft on two days in late 2017 were in addition to more than 4,300 tonnes of gasoil valued at S$2.4 million specified in charges brought against other 11 suspects on Tuesday.

Court documents listed two vessels used in the transfer of stolen oil products on Nov. 11 and Dec. 31 at two wharfs at Pulau Bukom.

Sentek 26, which carries a Singapore flag, and MT Gaea have been travelling around the city state over the last 30 days, both making one journey down to the Indonesian island of Batam in late December, Thomson Reuters data shows.

The manager of the ship Sentek 26, Sentek Marine & Trading, was the biggest bunker fuel supplier in Singapore by volume last year, according to official data. Singapore is the world’s biggest marine refuelling stop.

Illicit oil trading is widespread in Southeast Asia where stolen fuel is sold across the region, often offloaded directly into trucks or tanks at small harbours away from oil terminals. ($1 = 1.3251 Singapore dollars) (Reporting by John Geddie, additional reporting by Roslan Khasawneh and Florence Tan; Writing by Jack Kim; Editing by Simon Cameron-Moore)