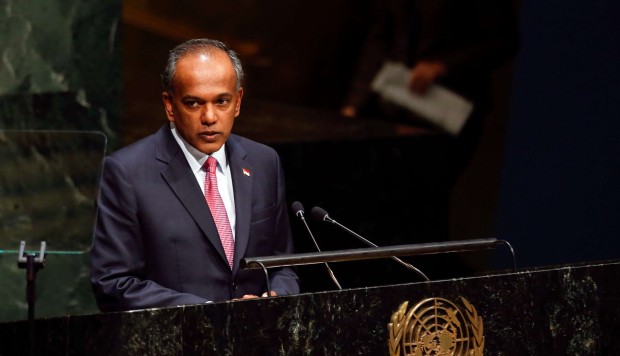 A proposed law in Singapore spelling out contempt of court and setting out tough penalties has drawn criticism from rights groups and raised questions among foreign diplomats over the implications for freedom of speech in the wealthy city-state.

Singapore has for years taken a tough stand to protect what it sees as appropriate morality and social harmony on the multi-ethnic island and international press groups have often decried constraints on free speech and the media.

The government says the bill, due to come up for a second reading in parliament on Monday, would not change or expand current contempt of court practices and only aims to clarify them.

The new bill is “a crystallisation of the law”, said K. Shanmugam, the minister of home affairs and law.

Under the law, offenders could be fined up to S$100,000 (HK$575,800) and jailed up to three years. Currently, no penalties are set down and contempt of court rulings are based on precedents.

Critics say the bill’s vaguely worded provisions and the harsh punishments proposed could further impede freedom of speech as it would likely lead to self-censorship.

“It could have a chilling effect on free speech because the bill contains severe sanctions for being convicted – the moment there is a threat of a jail term and a substantial fine, I think most people would err on the side of caution”, said lawyer Sui Yi Siong from Harry Elias Partnership LLP said.

Britain abolished a similar act called “Scandalising the Judiciary” in 2013 on the basis that “it was unnecessary and incompatible with freedom of speech”, the British High Commission said.

The offence had not been successfully prosecuted in England and Wales since 1931.

“The UK will continue to urge Singapore and all countries which retain ‘Scandalising the Judiciary’ to abolish it,” said a High Commission spokesman.

The group Human Rights Watch said the bill was “overly broad” and it should be revised to narrow its scope and reduce “disproportionate penalties”.

A public petition calling for a delay in the passage of the bill and a clarification of provisions was submitted to parliament on Wednesday, the first such petition in nine years.

But it only drew 249 signatures.

Reporters Without Borders ranks Singapore 154th out of 180 countries in its World Press Freedom Index behind the Democratic Republic of Congo and Venezuela.