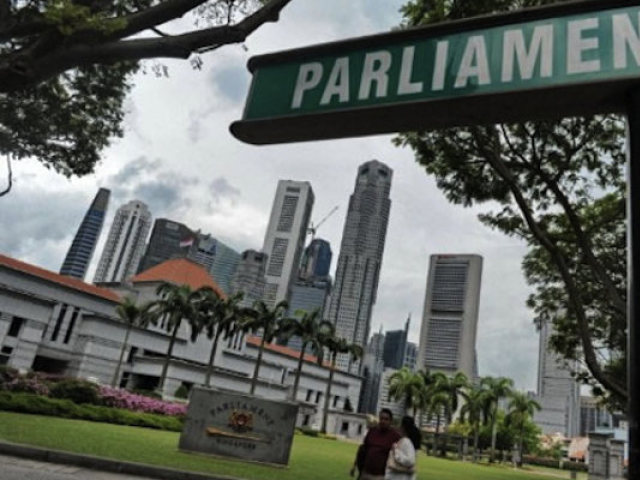 SINGAPORE: Singapore deported two Indonesians Tuesday after one was found to have plans to travel to Syria, the city-state’s interior ministry confirmed.

“Two Indonesians were deported to Indonesia after it was established that one of them intended to travel to Syria via Singapore with the assistance of the second individual,” a spokesperson from the Ministry of Home Affairs said Thursday.

Local media reports say that the two, a man and a woman, have suspected links to the Islamic State group, claims which were dismissed by Indonesian authorities.

“We’ve questioned them and it doesn’t seem they want to join IS. They are just illegal workers,” Sam Budigusdian, police chief of Indonesian province Riau Islands, told AFP.

The woman had previously worked as a maid in Syria and had wanted to return there for work while the man accompanying her was an illegal agent, helping her to get into the country unlawfully.
“She wants to go back to (Syria) to work there as a maid… via an illegal agent. Because it’s cheaper using the service of an illegal agent,” he added.

Indonesian immigration office spokesperson Agung Sampurno said the pair had been caught with an electronic plane ticket going from Singapore to Dubai via Istanbul.

In February, Singapore deported four Indonesians who were allegedly planning to head to Syria.

Last November, two Indonesian men who were planning to travel to Syria were denied entry into the city. Following recent terror strikes worldwide, the affluent city-state’s leaders have renewed warnings that an attack on the country, a staunch US defence partner, is not a matter of if but when.