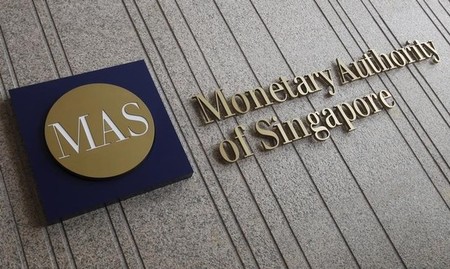 Singapore directed Swiss wealth manager Falcon Private Bank Ltd to cease operations in the city-state and fined top local lender DBS Bank and UBS AG over lapses in its biggest crackdown on entities dealing with Malaysian sovereign fund 1MDB.The moves come after the Monetary Authority of Singapore (MAS) announced the shutdown of Swiss private bank BSI’s local unit in May. It subsequently charged people in connection with the probe and froze assets linked to 1MDB.BSI was the first bank to be ordered shut in Singapore since 1984.“Falcon Bank has demonstrated a persistent and severe lack of understanding of MAS’ AML (anti money laundering) requirements and expectations,” MAS said in a statement on Tuesday.“Taking into account the totality of Falcon Bank’s conduct, MAS’ assessment is that the merchant bank will be unable to comply with these requirements and expectations going forward,” MAS said.In July, Singapore authorities said that as part of its 1MDB-related probe it found problems at DBS, UBS and Standard Chartered.The investigations have cast an unwelcome spotlight on one of the world’s leading wealth management centers.The Singapore central bank said Falcon Private Bank, a branch of Falcon Private Bank in Switzerland, has the full support of its head office which is financially sound. It said MAS is working closely with financial watchdog FINMA to oversee an orderly closure of the merchant bank license in Singapore.Malaysia’s 1MDB, once a pet project of Prime Minister Najib Razak who chaired its advisory board, is the subject of money-laundering investigations in at least six countries, including Switzerland, Singapore and the United States.Najib has denied any wrongdoing and said Malaysia will cooperate with the international investigations.The MAS said it had completed its investigations of DBS and UBS and found several breaches of AML requirements and control lapses. It imposed a S$1 million ($728,067) penalty on DBS and S$1.3 million on UBS.“MAS has admonished the two banks and instructed their management to investigate the lapses, promptly address the control deficiencies, and take appropriate disciplinary measures against the staff involved.” it said.A spokeswoman from UBS said in a statement: “We are further strengthening our controls and appropriate action will be taken on individuals responsible for the lapses.”The MAS said it is finalizing its assessment of the Singapore branch of Standard Chartered Bank and said it will make an announcement in due course.($1 = 1.3735 Singapore dollars)(Reporting by Saeed Azhar and Anshuman Daga and Singapore bureau.; Editing by Kenneth Maxwell and Bill Tarrant.)

Previous Already dominant in your life, Facebook looks to take over the ‘Workplace’
Next Market exchange rates in China — Oct. 11