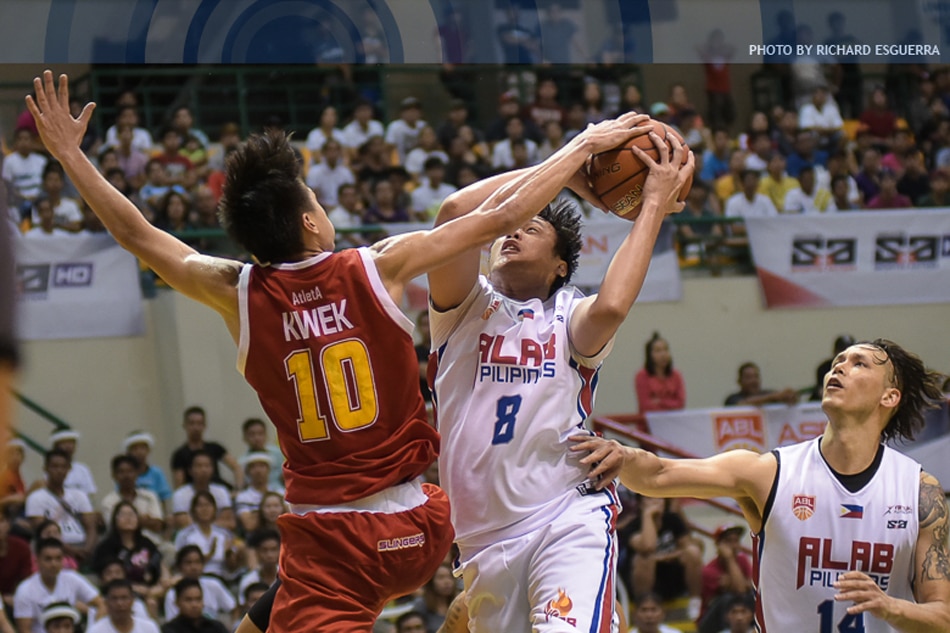 Justin Howard and Xavier Alexander were still too much for Alab Pilipinas.

Time and again, Bobby Ray Parks Jr. and Alab Pilipinas kept coming at the home team Slingers on Sunday at the OCBC Arena in Singapore.

Time and again as well, however, reinforcements Justin Howard and Xavier Alexander came through for the Singaporeans.

Once more towering over the undersized frontline of the Filipinos, Howard and Alexander merged for 43 points and 24 rebounds to power the Slingers to a well-earned 71-68 decision.

Just like they did to begin the 2016 Asean Basketball League (ABL), Singapore proved much more of a team than their opponents. Aside from their imports, Han Bin Ng and Leon Kwek also contributed eight and seven points, respectively.

Still, Howard and Alexander remained to be the engine that drove the 13-1 run that turned a two-point deficit into a 54-44 advantage in the third.

The Filipinos weren’t quitting just yet as JR Cawaling’s layup brought them back to within 65-67 with 65 ticks to go on the clock.

Following Kwek’s split from the stripe, however, Parks missed his short stab and Alexander found himself free for a fastbreak. His thunderous throwdown signaled the return of the Slingers onto the win column now at 4-1.

Alab battled back from multiple disadvantages, but Parks and company were unable to completely come together and complete the comeback.

After a 41-point outburst a week ago, Parks was limited to only 15 points this time around. Dong Seung Jun and Lawrence Domingo added 16 and 15 points, respectively.

With only five players scoring more than two points, the Philippines was unable to stretch their streak to three games. They remain at solo third with a record of 2-2.