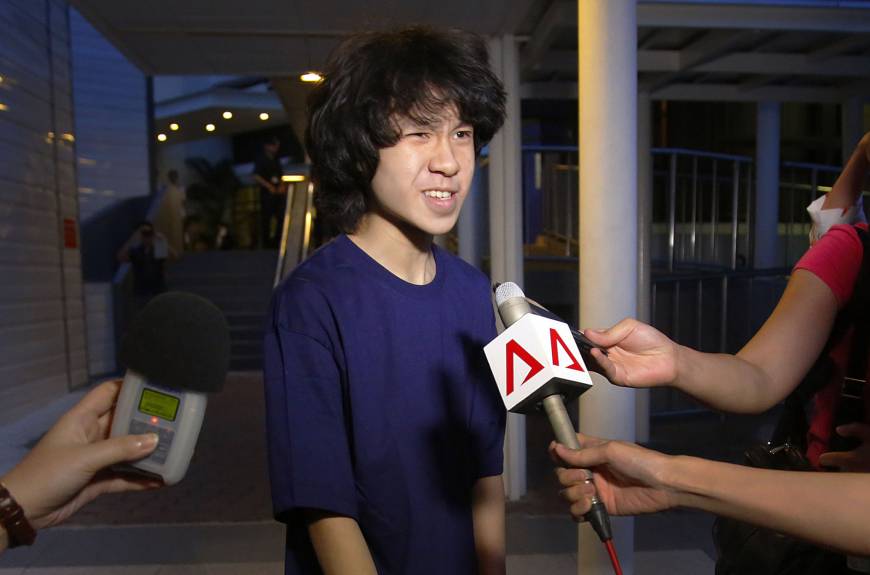 CHICAGO – U.S. immigration officials say a teenage blogger from Singapore whose supporters say is seeking asylum is in custody after being detained last week at Chicago’s O’Hare International Airport.

Separately, Marilu Cabrera with U.S. Citizenship and Immigration Services, which handles some asylum requests, said the agency “cannot confirm or deny” details of any asylum case.

A Human Rights Watch official for Asia has called on the U.S. to recognize Yee’s asylum claim, saying he has been consistently harassed by the Singapore government for publicly expressing his views on politics and religion.

Yee, 18, was imprisoned for six weeks in September on charges of hurting religious feelings of Christians and Muslims after repeatedly breaching bail conditions following a four-week prison sentence he served in July last year on the same charges.

He was also due to be called up for mandatory military service.

Yee, who won a local filmmaking prize at age 13, ruffled feathers in Singapore with a video blog laced with expletives as the city-state was mourning Lee’s death in March last year.

Such open criticism and lampooning of leaders is rarely seen in Singapore, where laws are strictly enforced. The government of the multiethnic state says Yee crossed the red line on religion when he mocked Christians and Muslims and the law had to be enforced on him to protect racial and religious harmony.