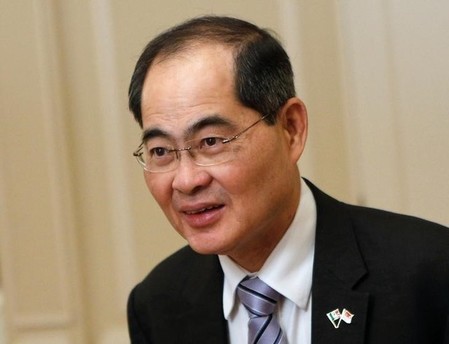 Singapore’s trade minister said on Thursday a British vote to leave the European Union would have a significant impact on the United Kingdom and do nothing positive for the global economy.Trade Minister Lim Hng Kiang said in an interview in Mexico City that he and fellow officials had been closely following developments ahead of the June 23 referendum.“If the British were to vote for Brexit, then I think the long term consequences would be very significant for Britain specifically,” Lim said. “Definitely not a positive development when you talk about global economic recovery.”Some Brexit proponents have argued that Singapore, a tiny port-based nation that depends heavily on free trade, is one of the countries that could be a successful model for Britain to follow if it ends up leaving the E.U.However, Lim’s comments add to the list of such nations that have questioned the merits of Britain going it alone.The minister added that the Asian country would meet its gross domestic product growth target of between 1 percent and 3 percent for this year, but he said there were some risks.“On balance, the risk is more to the downside, because when you look at the global growth situation in the first quarter, the global recovery has not gained as much traction as all of us had hoped,” he said.(Reporting by Gabriel Stargardter; Editing by Richard Chang and David Gregorio)By Gabriel Stargardter