A Navy patrol boat has arrested a Singaporean-flagged vessel for allegedly shipping used goods from Singapore into Batam, Riau Islands, without a permit.

The patrol personnel from the Western Fleet Quick Response (WFQR) team, which operates under the control of the Tanjungpinang Navy headquarters, intercepted the landing craft tank (LCT) Emperor in an operation early Sunday.

The commander of the Navy’s Tanjungpinang naval base IV, Commodore S. Irawan, told The Jakarta Post on Monday that the WFQR team arrested the Emperor after extended surveillance.

“The WFQR team saw several small boats approaching the Emperor at sea, after which crew members of the vessel were seen moving its cargo to the boats. The LCT then docked at Sekupang Port in Batam,” said Iriawan.

He further said the WFQR personnel searched the Emperor and investigated its crew members. “We then detained them for allegedly shipping used goods into Indonesia without a permit,” he added.

Iriawan said his personnel were still investigating where the vessel’s crew members came from and what their nationalities were.

“We have reported this arrest to Singaporean authorities,” he said.

Departing from Jurong Port, Singapore, on Oct.15, the Emperor captained by Adrian Esra had 12 crew members on board. The arrest occurred in Tanjung Pinggir waters, Sekupang, Batam.

Iriawan said the patrol team found the vessel not having the proper shipping permits and on its customs manifest, it did not mention the goods being carried. (ebf) 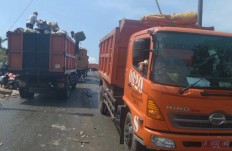 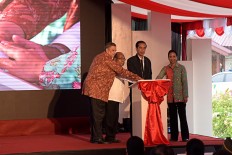 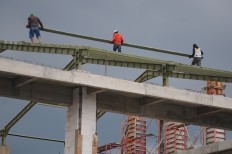 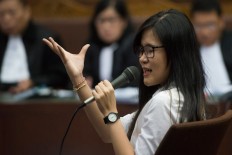