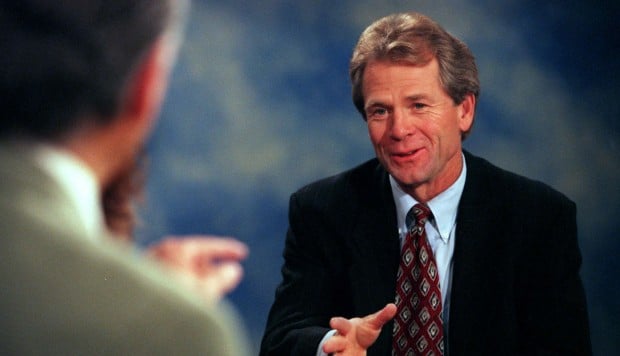 Trade frictions between the US and China are tipped to rise with US president-elect Donald Trump choosing a strident critic of Beijing to head a new White House council on trade.

On Thursday, Trump named Peter Navarro – best known for his books Death by China and Crouching Tiger: What China’s Militarism Means for the World – to be director of trade and industry policy. Observers said the pick suggested Trump might follow through on his election pledges on trade with China.

On the campaign trail, Trump vowed to label China a currency manipulator and slap a 45 per cent tariff on imports from China.

“Trump seems to be very serious about what he pitched during the campaign,” Lai said. “A trade war is becoming more likely.”

Huo Jianguo, vice-chairman of the China Society for World Trade Organisation Studies, also saw trade confrontations ahead between China and the US.

Trump said Navarro, a professor at the University of California-Irvine, would play an essential role in his administration as a trade adviser.

“I read one of Peter’s books on America’s trade problems years ago and was impressed by the clarity of his arguments and thoroughness of his research,” he said.

“He has presciently documented the harms inflicted by globalism on American workers, and laid out a path forward to restore our middle class.”

“I hope the United States and China can work together to maintain Sino-US relations, including the healthy and stable development of economic and trade ties,” she said.

The Trump team has accused Beijing of manipulating the yuan, and blamed it for the US trade deficit with China, which stood at US$289 billion for the first 10 months of the year.

But Fraser Howie, director of Newedge Financial in Singapore, said it was too early to conclude that a trade war was coming.

“There are many issues where I think a tougher stand against China is needed. Economics is one but that does not equate to a trade war,” Howie said.

Wu Xinbo, head of American studies at Shanghai’s Fudan University, said Trump’s key concern would be the trade deficit, and he would demand China lower tariff barriers and give US companies more market access.

With Trump vowing to abandon the Trans-Pacific Partnership trade deal, Trump would need to use bilateral engagement to exert pressure on China on issues such as labour rights, Wu said.

Observers said China would find it difficult to meet US

“China is not ready to open up any further … I don’t think China can do a lot,” Lai said.

Peking University international relations professor Jia Qingguo said Navarro had been a big influence on Trump but other voices could also have an impact.

“Look at how many CEOs of multinationals he has appointed in the cabinet who have extensive experience and deeper and more balanced views about world trade and the economy,”Jia said.