A plane was hit by turbulence so severe that six people were left needing hospital treatment – and pictures show the mess the encounter made of the cabin.

What appears to be blood is splurged over one seat, while the aisle is cluttered with cushions, food and rubbish.

One passenger and five members of cabin crew were injured when the Thai Airways flight from Jakarta to Bangkok was caught in turbulence above Singapore on Monday. 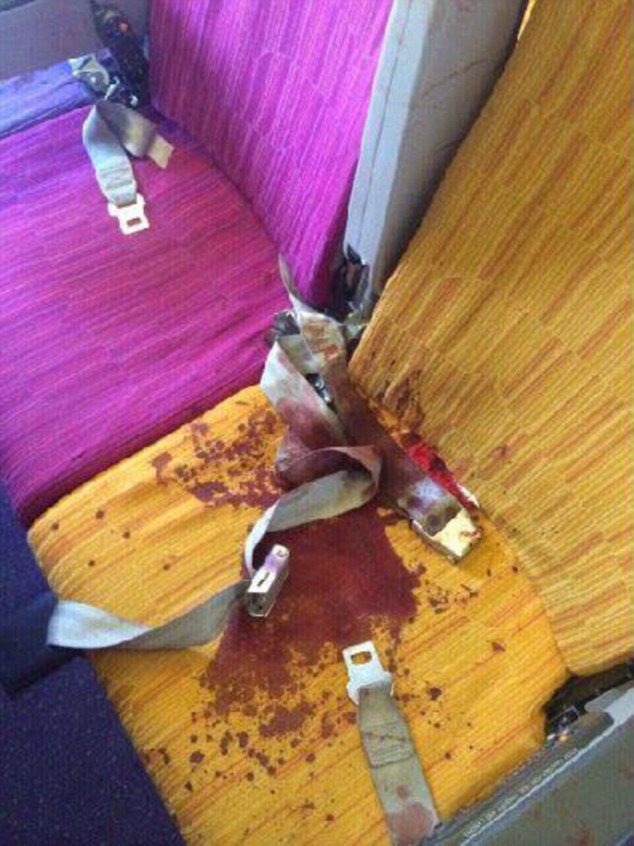 What appears to be blood stained one of the seats on a plane that experienced severe turbulence over Singapore. Six people were hospitalised

Thai news site Khaosod reports that the passenger was injured as he was was not wearing his seatbelt, and was was ‘flown into the air and hit his head’.

It is not known if the blood on the seat pictured is that of the injured man.

Thai Airways released a statement on their Facebook page on Monday confirming the injuries, and that the six people were sent to hospital.

Thai Airways President Charamporn Jotikasthira said: ‘The company apologizes to passengers who were involved in the incident.

‘The company has paid the cost of medical treatment for passengers and staff injured.

‘All those who were hurt on the aircraft have returned home from hospital.’ 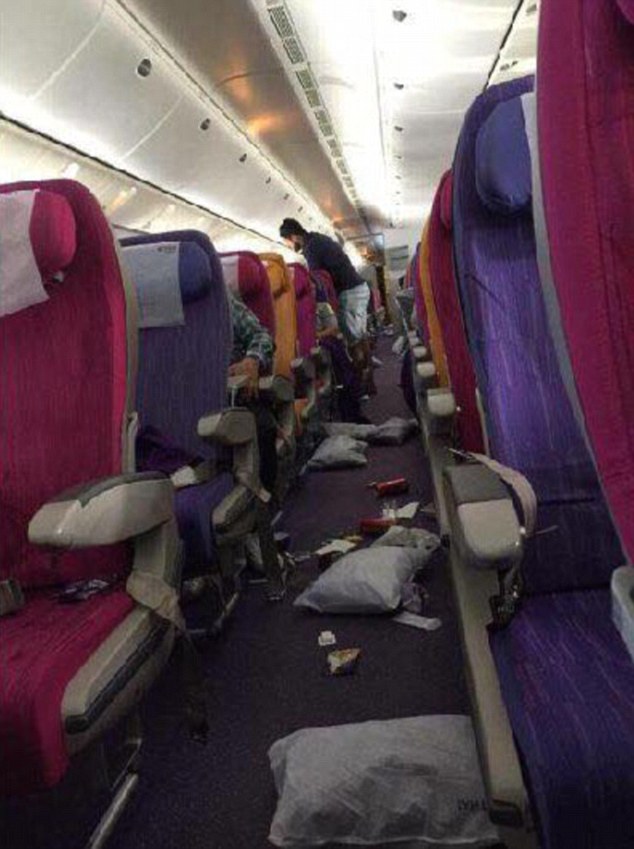 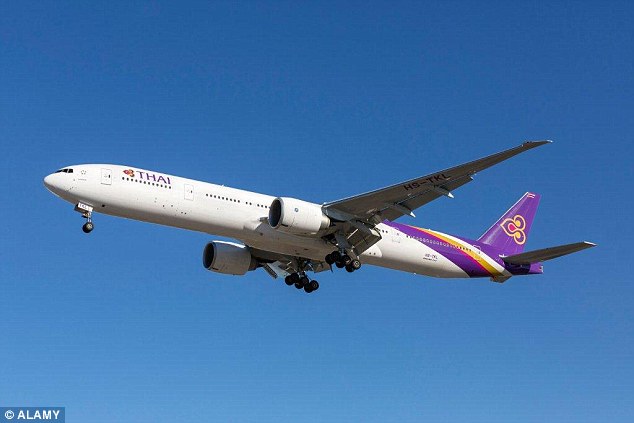 Speaking to MailOnline previously about what happens to the aircraft during an episode of turbulence, Patrick Smith, an active airline pilot and author said: ‘During turbulence, the pilots are not fighting the controls.

‘Planes are designed with what we call positive stability, meaning that when nudged from their original point in space, by their nature they wish to return there.

‘The best way of handling rough air is to effectively ride it out, hands-off. (Some autopilots have a turbulence mode that desensitizes the system, to avoid over-controlling.)

‘It can be uncomfortable, but the jet is not going to flip upside down.’

‘For what it’s worth, thinking back over the whole history of modern commercial aviation, I cannot recall a single jetliner crash caused by turbulence, strictly speaking.

‘Airplanes are engineered to withstand an extreme amount of stress, and the amount of turbulence required to, for instance, tear off a wing, is far beyond anything you’ll ever experience.’