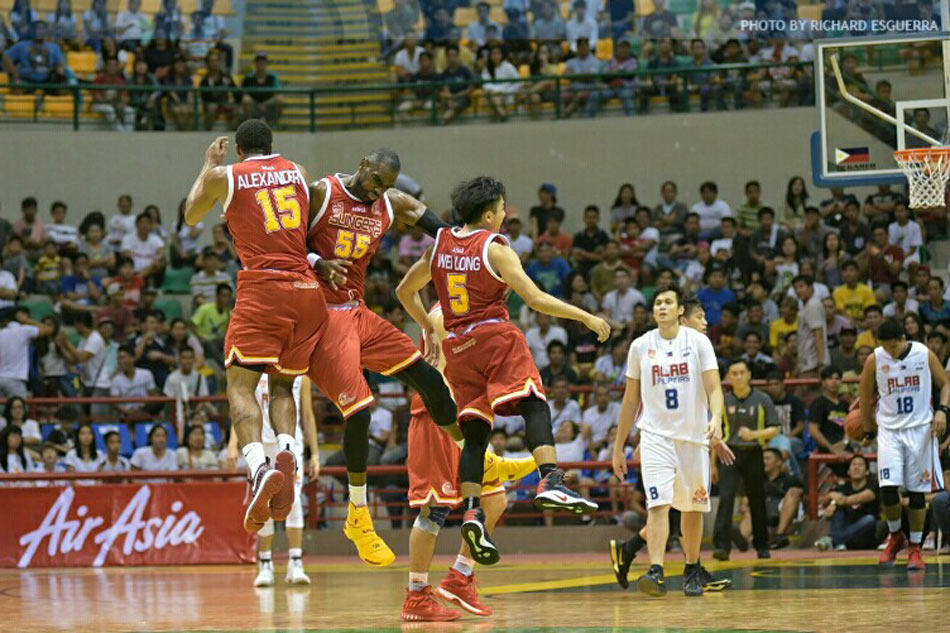 BINAN, Laguna – Just when Justin Howard and Xavier Alexander were turning up the heat, Seung Jun Lee and Ray Parks Jr. were getting cold on Sunday at the Alonte Sports Arena.

Howard and Alexander were front and center in the 23-5 charge that jolted Singapore to life before the rest of the Slingers held off Alab Pilipinas for a hard-fought 71-66 decision.

Howard pounded in 22 points and 20 rebounds, while Alexander had his own 15-point, 12-rebound double-double, to power Singapore to an impressive 2-0 start to the 2016-2017 Asean Basketball League season.

It was Howard who granted the Slingers a more comfortable cushion of three points with 13.6 ticks to go before also perfectly predicting the Filipinos’ final play.

The 7-foot-2 center got in between Parks and Lee and prevented any attempt by the Philippines.

Singapore suffered a sluggish start in the face of the hometown-backed Alab who found themselves on top, 42-32, in the third.

It was at that point that the two American reinforcements got together in the 23-5 tear that turned a 10-point deficit into a 55-47 advantage in favor of the Slingers.

Highlighting that run was Alexander’s thunderous throwdown over Parks.