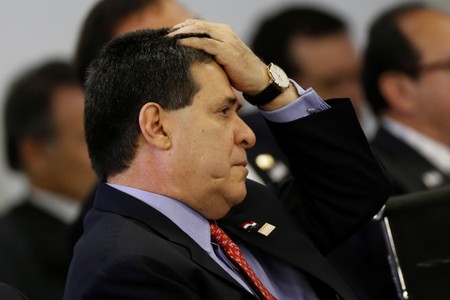 Leaders of the South American trade bloc Mercosur met on Thursday in greater political unity following the expulsion of Venezuela, but with their biggest goal of a trade deal with the European Union yet to be achieved.

A shift from leftist to right-of-centre governments in Argentina and Brazil has given the group that also includes Paraguay and Uruguay greater ideological coherence, and it has focused more on trade and less on politics.

Mercosur triggered its democratic clause this year and expelled Venezuela due to authoritarian moves by President Nicolas Maduro such as the delaying of elections and the jailing of opposition leaders.

“Democracy was restored in our region at great cost and we must defend it,” Brazilian President Michel Temer said. “Suspending Venezuela was necessary. We want Venezuela to return to democracy so it can rejoin Mercosur.”

Mercosur has been re-energised by recovering its original purpose as a trade bloc based on democratic principles, its leaders said. Mercosur will start trade negotiations with Canada early next year, and then with Singapore and South Korea.

Negotiations with the European Union gained speed and were almost concluded this month after nearly two decades of wrangling, but stumbled on an EU delay in presenting improved offers for imports of Mercosur beef and ethanol.

“There is very little left to do. We are very close,” Brazilian Foreign Minister Aloysio Nunes said.

Nunes has made it clear, however, that the ball is in the European court and Mercosur awaits an EU reply after the South Americans presented an offer covering 90 percent of goods traded.

A proposal by Uruguay to negotiate free trade with China was rejected. Nunes said such an accord would have an overwhelming impact on Mercosur economies and needed careful study.

Ministers on Wednesday overcame Paraguayan resistance and reached agreement on a common policy for government procurement of goods and services, Temer said.

A move by Uruguay to slap a customs duty on all imports except oil and capital goods as of Jan. 1 annoyed its partners, not least because trade with Mexico was exempted.

Uruguay’s tariffs on other Mercosur countries will rise to 3 percent from 2 percent while goods from non-Mercosur nations will have tariffs of 5 percent instead of the current 3 percent.

Uruguayan Foreign Minister Rodolfo Novoa said it was a temporary measure to close a budget deficit of nearly 4 percent of gross domestic product. He said the other three nations now understood it was not protectionism.