The government’s plan to take control of the airspace above Riau Islands and Riau provinces has been hampered by Singapore’s doubt that Indonesian human resources and infrastructure are capable of managing the task.

Indonesia will have the opportunity to take over the management of the flight information region (FIR) above the two provinces during the annual meeting of the International Civil Aviation Organization (ICAO) in 2020.

Hang Nadim Airport general manager Suwarso told The Jakarta Post on Thursday that, contrary to Singapore’s concerns, Indonesia’s human resources and equipment were sufficient and the country would make the proposal at the ICAO hearing session in 2020.

“President Joko “Jokowi” Widodo has ordered the takeover from Singapore but we have to follow the procedure in compliance with the Geneva agreement on civil aviation safety. Any changes are discussed once every 10 years, so if we fail to take over from Singapore in 2020, we will have to wait another 10 years,” Suwarso said.

Indonesian Ambassador to Singapore, I Gede Ngurah Swajaya, said the most important thing was for Indonesia to prepare itself for the planned takeover. “Human resources and infrastructure improvement are now what Indonesia must work on,” the ambassador said.

The airspace above Riau Islands has been controlled by Singapore since 1946. Indonesia has attempted to take control of the airspace since 1993, but is yet to be successful. (evi) 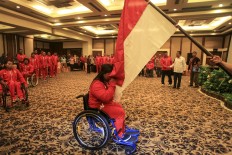 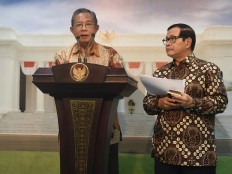 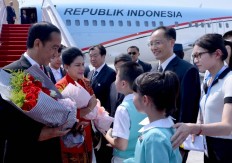