Festival founded by astrophysicist Dr. Garik Israelian and Dr. Brian May, astrophysicist and the legendary guitarist of Queen, will be held in Armenia and dedicated to the 50th anniversary of the first soft landing on Mars by “Mars 3” and the first orbiter “Mariner 9”. 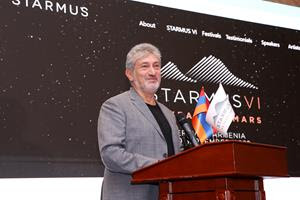 LONDON, June 23, 2022 (GLOBE NEWSWIRE) — STARMUS VI Science and Art Festival, from 31 August to 9 September, entitled “STARMUS VI.  50 Years on Mars,” will be held in Armenia and dedicated to the 50th anniversary of the first soft landing on Mars by “Mars 3” and the first orbiter “Mariner 9”. “Mariner 9” took the first high-quality images of Mars while “Mars 3” brought the first rover, Prop-M, to the surface of Mars.

STARMUS was founded by astrophysicist Dr. Garik Israelian and Dr. Brian May, astrophysicist and the legendary guitarist of Queen, to create a platform that unites Nobel Prize laureates, astronauts, and the brightest minds in science, art and technology. The STARMUS Advisory Board includes Dr. Brian May, Emmanuelle Charpentier, Jill Tarter, Peter Gabriel, Richard Dawkins and Tony Fadell.

Stephen Hawking, one of the most influential scientists of the 20th and early 21st centuries, was a STARMUS advisory board member and became the inspiration for an ambitious award in 2016 that recognizes the merit of popular science at an international level. The Stephen Hawking Science Medal awarding ceremony is one of the key events of the Festival, aimed at promoting science to everyone. Previous winners of the medal have included Hans Zimmer, Neil deGrasse Tyson, Buzz Aldrin and Brian Eno.

Armenia was selected for its contribution to astronomy, astrophysics and space exploration. For much of the 20th century, it was home to the Soviet space programme, and to this day it remains a key location for the international community, housing The Byurakan Astrophysical Observatory and the Aragatz Station.

Garik Israelian, astrophysicist, STARMUS co-founder says: “Armenia has played an extraordinary role in the past, present and future of how we understand and explore our universe, and I’m looking forward to welcome this extraordinary range of thinkers and creatives to encounter this special place and share ideas.”

Interviews and additional images are available 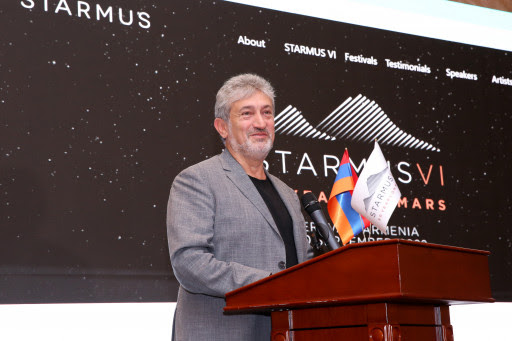 Dr. Garik Israelian, astrophysicist and co-founder of STARMUS at the press conference for STARMUS VI

This content was issued through the press release distribution service at Newswire.com.