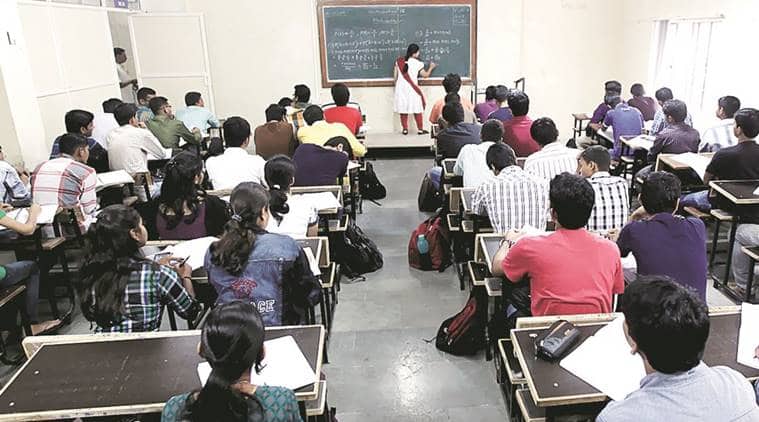 Serious scholars who have themselves nurtured institutions of quality are far better qualified than party hacks or career bureaucrats to judge which Indian universities do (and do not) have the potential to become world-class.

Last August, the Union government invited universities across India to apply to be chosen as “Institutions of Eminence”. Successful applicants would be exempted from the oversight of the babus of the University Grants Commission; and provided a handsome subsidy of Rs 1,000 crore each. The idea was to nurture Indian universities fit to be placed in the “top five hundred of any world renowned ranking frameworks (such as the Times Higher Education World University Rankings)”.

When I was a student in the 1970s, these world rankings did not exist. Had they, my alma mater, the University of Delhi, would have figured in them. In that decade, the DU economics department included such outstanding scholars as Jagdish Bhagwati, Sukhamoy Chakravarty, A L Nagar and Amartya Sen. The sociology department was also world-class; with André Béteille and M N Srinivas, among others. The chemistry department included a Fellow of the Royal Society, T R Seshadri; the physics department had R. Rajaraman, a brilliant theorist who had taken his Ph D with the great Hans Bethe. The law and history faculties also had professors as good as any in England or America; while in the realm of the arts we had the celebrated classical violinist T N Krishnan.

In the 1970s, Chinese universities had been destroyed by the Cultural Revolution. The universities in South Korea and Singapore were utterly mediocre. Those in Japan were constrained by their lack of English proficiency. If rating agencies like THES or QS had existed then, Delhi University would certainly have figured in the top 500, perhaps the top 200, in the world. And it would have been among the top five universities in Asia.

Now, in the second decade of the 21st century, the University of Delhi does not find a place in the world’s top 500 universities. Two desi institutions do: The Indian Institute of Science (placed in the low 200s) and IIT Bombay (in the low 300s). Many Chinese and Korean universities rank higher than them, which would not have been the case in the 1970s and 1980s.

In recent decades, while public universities in other Asian countries have perceptively improved, those in India have noticeably declined. The principal reasons are: The elevation of quantity over quality; the contempt for scholarship and research among our political and bureaucratic elite and the fact that the choice of vice-chancellors and IIT directors is not left to academics themselves but directed by political calculations. The autonomy of our leading educational institutions has been gravely corroded over the years by both Congress and BJP regimes, and by Third Front governments too, with the HRD ministers of all parties seeking to place, at the head of universities and research institutes, their own protéges rather than those best qualified for the job.

As I argued in an essay in the Economic and Political Weekly, the best universities practise five kinds of pluralism: (i) They offer undergraduate and graduate courses in diverse disciplines, (ii) they expose students to different theoretical frameworks in each discipline, (iii) they recruit faculty from across the country and from all social groups, (iv) they attract students of diverse backgrounds, (v) they attract private as well as public funding. In India, however, these noble ideals are undermined by varieties of parochialism: By the catchment area of faculty and students being restricted to a single city or state; by professors imposing their own intellectual frameworks on students rather than exposing them to competing theoretical approaches; by the pressures of identity politics; by excessive dependence on state funding.

In the 21st century, more than ever, knowledge shall be the key to economic and social progress. That is why we should welcome the government’s “Institutions of Eminence” scheme. The interest it has generated is widespread; indeed, as many as one hundred institutions have applied for the tag, including seven IITs, DU, IISc, as well as new private universities such as Ashoka. Each applicant has submitted a 15-year “vision plan” — sometimes running into thousands of pages — explaining how it shall break into the list of the top 500 universities in the world.

From this large pool, 20 institutions — 10 public, 10 private — will be chosen by a so-called “Empowered Experts Committee”. Although the government has not yet announced the committee’s members, the Gazette notification said they “will be reputed and credible individuals who have contributed to education, other public issues, economic growth and social development for a minimum period of ten years. They should have had an exceptional and untarnished record in their respective fields of excellence, and an incontrovertible and demonstrated commitment to public causes”.

These are sweet phrases, but for this Expert Committee to indeed be credible it must have real, independent, experts in the field of education and research. This government’s previous appointments in this sphere — from the HRD ministers appointed by Prime Minister Narendra Modi to the heads of various bodies appointed in turn by these ministers — do not inspire much confidence. But perhaps this new committee will indeed be different.

With that hope, let me suggest some suitable names, drawing on four decades of working with universities and research institutes across India. There can be no better chair for this committee than K VijayRaghavan, currently secretary in the Department of Biotechnology, formerly director of the National Centre for Biological Sciences, a world-class scientist as well as outstanding administrator. Other scientists in the committee could be the physicist Sriram Ramaswamy and the computer scientist Sanghamitra Bandyopadhyaya. From the humanities, I would nominate the political scientist Niraja Gopal Jayal, the literary scholar Supriya Chaudhuri, and the jurist N R Madhava Menon (who founded the famous National Law School in Bangalore).

These individuals (whom the reader can Google for more details) are all top-rate intellectuals who have built fine centres of teaching and research in India. They come from all parts of the country. And they are all unconnected to the Congress, the CPI(M), the BJP, or the RSS.

My mentioning these names may veto them all in the eyes of the present regime. So perhaps the government can come up with even better names. The idea of having these Institutions of Excellence is excellent in itself; however, its credibility shall rest on the manner in which the “Empowered Experts Committee” is constituted and goes about its work. Serious scholars who have themselves nurtured institutions of quality are far better qualified than party hacks or career bureaucrats to judge which Indian universities do (and do not) have the potential to become world-class.

For all the latest Opinion News, download Indian Express App