Yesterday afternoon, with temperatures close to 40o C, the MR tanker Stena Imagination was named in the Port Rashid Terminal in the heart of Dubai. Some 100 guests from near and far attended the solemn ceremony and godmother Lourdes Torgersen who, as tradition dictates, wished the vessel, her captain and his crew fortune and prosperity on the seven seas. All the guests were also given the opportunity, led by Captain Alexander Vasko, to inspect the vessel from her engine room all the way up to the bridge. On Sunday, the Stena Imagination will leave for East Africa with a cargo of diesel oil. 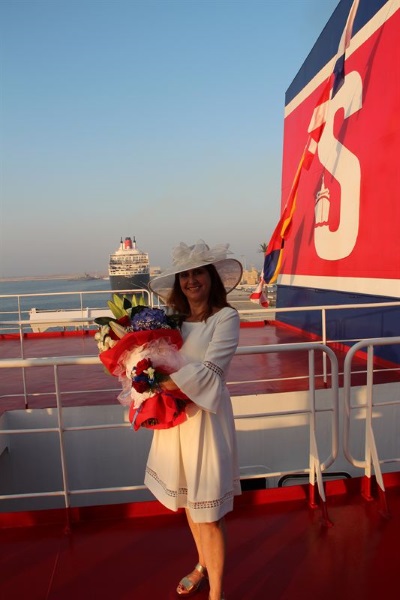 “Naming the Stena Imagination in Dubai is very much a strategic choice. Stena Bulk recently opened an office here together with Stena Weco and Golden Stena Weco. We already had a presence in the market in the region but wanted to get even closer to our customers. The naming ceremony gives us the opportunity to further reinforce our image and forge more contacts with customers, partners and suppliers in the region”, says Erik Hånell, President & CEO of Stena Bulk and CEO of Stena Weco.

Dubai is an important meeting-place for the oil industry in the Middle East. Stena’s tanker business already has a presence in the area with contacts in the neighbouring region. For Stena Bulk and Stena Weco, which, with their IMOIIMAX fleet, are focusing increasingly on trade in chemicals, Dubai is an important hub. Here, the oil industry is building several refineries closer to the oil wells in the region. 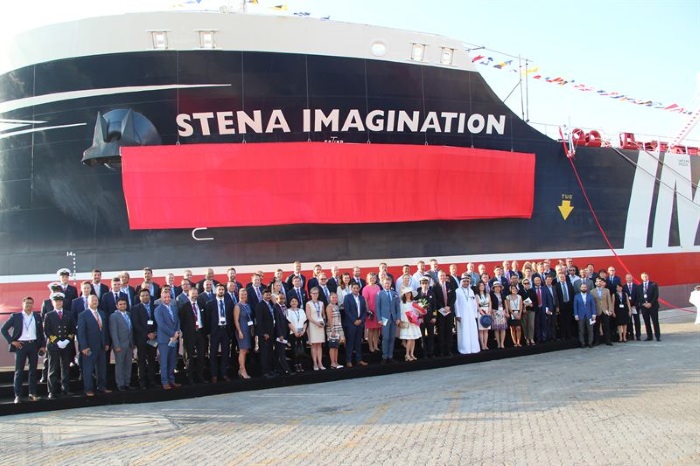 Newly named Stena Imagination together with all the naming ceremony guests.

Stena Weco is now wholly owned by Stena Bulk while Golden Stena Weco is a joint venture between Stena Weco and Golden Agri Resources (GAR). With its new office in Dubai, Stena Bulk now does business in six countries. In addition to Dubai, it has offices in Houston, Copenhagen, Singapore and Shanghai while its head office is located in Gothenburg.

The Stena Imagination was built at the Chinese shipyard GSI (Guangzhou Shipbuilding International) like all the 13 IMOIIMAX tankers ordered by Stena Bulk – both delivered and under construction. The vessel is jointly owned on a 50-50 basis by Stena Bulk and Indonesian Golden Agri Resources (GAR). The Stena Imagination is operated by Stena Weco and sails in the company’s global logistics system, which currently employs more than 60 vessels. 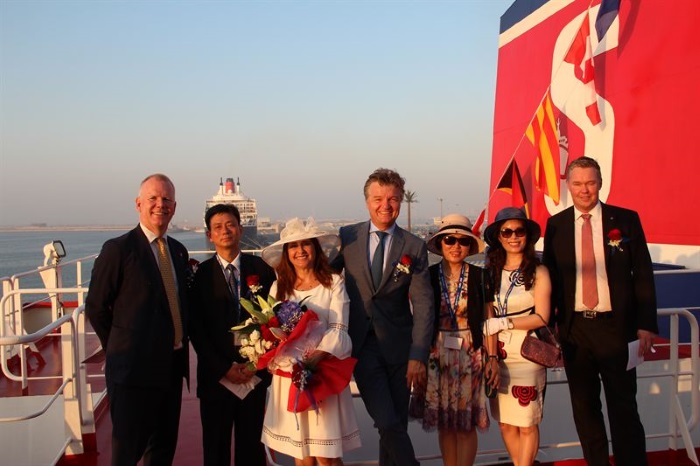 The remaining three vessels will be delivered by 2018. Five of the 13 IMOIIMAX tankers are wholly owned by Stena Bulk, four together with GAR (Golden Agri Resources), two by Stena Bulk’s sister company Concordia Maritime and two by Stena Weco. 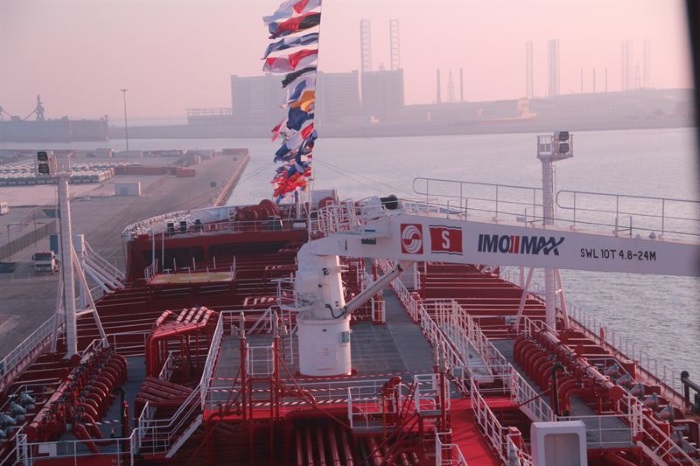 The IMOIIMAX Stena Imagination with colourful flags and dressed for naming.

Facts – the IMOIIMAX concept
The chemical and product tanker has a length of 183 metres, a beam of 32 metres and a deadweight of 50,000 tons. IMOIIMAX is a further development of an already well-established concept and the innovative technical design was developed by Stena Teknik together with the Chinese shipyard GSI. It offers several advantages such as extra large cargo flexibility, a high level of safety and economical fuel consumption – 10-20% lower than that of equivalent vessels when sailing at service speed.