PARIS – Every Tuesday evening, Moroccan student Chaimae Irfaq hands out food parcels to dozens of hard-up students in the foyer of her Paris university residence and takes one home for herself.

Irfaq arrived in France in October to complete her business studies degree and had expected to work part-time jobs to supplement the 700 euros a month her father gives her.

But she said the coronavirus crisis meant there were few jobs going, with bars and restaurants closed and businesses feeling the pinch from COVID-19 restrictions.

“If I had work, I wouldn’t need the [handouts],” she said as she volunteered for the charity Les Restos du Coeur (Restaurants of the Heart).

In her parcel there is rice, pasta, dairy products, fruit, vegetables and some meat. Once a month, shampoo and sanitary products are added.

Students around the world have been hit by a lack of the part-time jobs, including as baristas, waiters and shop workers, many rely on to pay tuition fees, rent and living expenses.

The half-dozen charities distributing food in Paris say the number of students seeking help has jumped since the government put France back under lockdown and then a nightly curfew late last year. Tens of thousands of food parcels are handed out each week in the greater Paris region alone and it is a similar situation elsewhere, they say.

The government has extended a publicly funded scheme providing one-euro meals to those on grants and made it available to all students.

Irfaq said she arrived in Paris dreaming of enriching encounters in one of the world’s most beautiful cities. Instead, she has been left following lectures online from the confines of her small room.

“To be honest, during the whole week, I’m just waiting for Tuesday to come around. It changes my routine a bit,” she said.

The combination of remote-learning and curfew, which runs from 6 p.m. to 6 a.m., was taking a heavy toll on the mental well-being of her and her friends, Irfaq said.

Three in every four French students felt alone some or all of the time, one opinion poll showed last month.

Students have protested a government they say has abandoned them. Government spokesman Gabriel Attal this week said the poorest students had received emergency grants, money had been released for psychological counselling and the president wanted all students to be able to attend lectures in person one day a week.

Irfaq said the COVID-19 crisis had sapped her of energy and motivation.

“Now, when I see my friends, they are depressed and feel lonely,” she said. “Even when we are together, we feel lonely and anxious.” 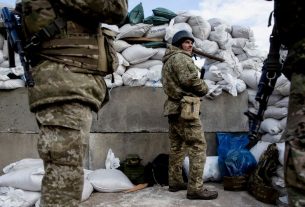 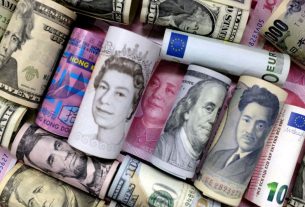