The North Sumatra Police in conjunction with the National Police’s anti-terror squad Detachment 88 (Densus 88) arrested on Wednesday a terrorist suspect who has been on the wanted list for allegedly plotting to attack Singapore in August.

Identified as S, the suspect was arrested at noon in a village in Sibiru-biru district in Deli Serdang regency, North Sumatra.

North Sumatra Police spokesperson, Sr. Comr. Rina Sari Ginting, said the arrest was made after the police received a tip-off about a person who had just moved from Batam, Riau Islands. S was alone when arrested and the police confiscated his cell phone, which is expected to contain information about his network.

Rina alleged S was a member of radical group Kitabah Gonggong Rebus, led by Gigih Rahmat Dewa in Batam. The group is under the control of Bahrun Naim, a suspected Indonesian terrorist leader who is believed to be currently in Syria.

In August, Densus 88 arrested six suspects in Batam, thought to be plotting an attack against Singapore. (evi) 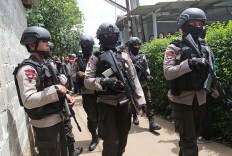 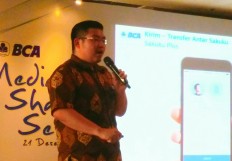 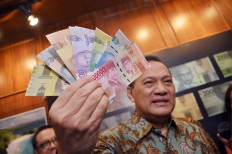 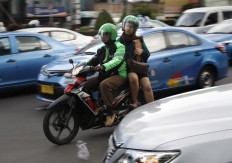 Previous BILLEDER Julelys i mange lande
Next Reading goes out of fashion in Hong Kong in the internet age, or has it?