The Swedish Club returned a solid performance in the first six months of the accounting year, following the release today of its half-year results. Despite its decision to offer a discount of 4% to all P&I members in 2017/2018, the Club delivered an operating surplus of $19 million for the period. 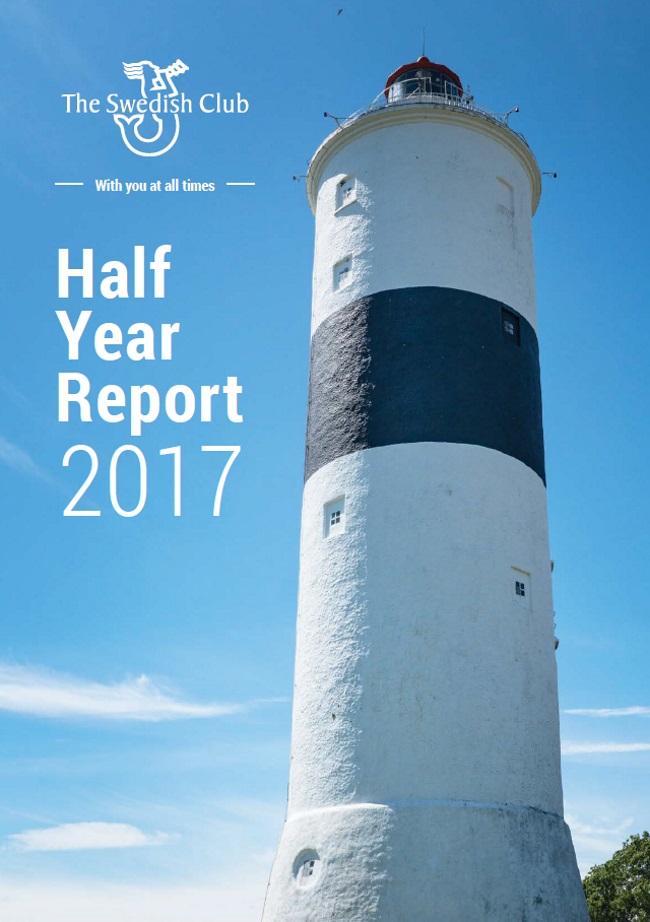 Free reserves are now at a top level of $213.8m, reinforcing the Club’s commitment to meet members’ needs while also allowing for further growth of the business. The combined ratio of 94% continues to show a stable performance – below 100% on an eight-year average.

Lars Rhodin, Managing Director of The Swedish Club, said: “Our growth remains firmly in line with our agreed plans and has exceeded 70m gt combined owners’ and charterers’ P&I entries.”

He added: “This year is a special year for the Club with the celebration of its 145 years in the marine insurance business. The Asian market remains one of our key markets and we are also very proud to celebrate 35 years in Hong Kong this year.”