The emergence of China as a leading global force in trade has seen shipping among the leading beneficiary industries. So far, this effect was more pronounced in the dry bulk trades, but lately, it’s tanker owners who could also join the foray. In its latest weekly report, shipbroker Gibson said that “early this month, figures confirmed the rise of China as the world’s largest importer of crude oil ahead of the Unites States. Data shows that for the first time China averaged 8.55 million b/d of crude oil imports in the first half of 2017 compared with 8.12 million b/d imported by the United States. This trend looks set to continue as China develop its refining industry and builds strategic petroleum reserves. However, other factors play a role”.

Firstly, one of the biggest differences between China and the United States is domestic oil production. China’s domestic crude production has been in gradual decline. According to data provided by Reuters, domestic production fell by 5.1% in the first 6 months of 2017, averaging 3.89 million b/d. This is in contrast to growing US production as the shale industry has been revitalised in recent months and highlights a growing trend in China of increased crude imports to replace declining domestic production. 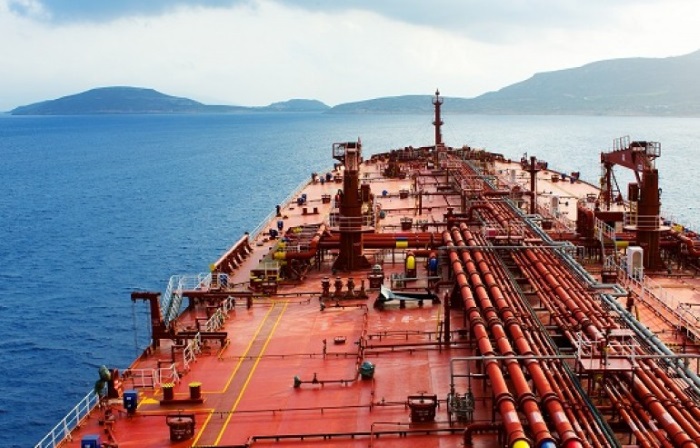 Gibson added that “perhaps more significantly, another factor driving imports has been the continuing effort to build strategic petroleum reserves (SPR). Finding accurate data on the levels of SPR build can be difficult. However, by adding crude imports to domestic production, minus refinery throughput an idea of surplus oil used to build SPR can be identified. According to data from Reuters, when comparing the first half of 2016 to 2017 the increase between available crude and refinery throughput was 510,000 b/d. Not all of this would necessarily go into filling the SPR, however, it is interesting to note that a large percentage of overall crude import growth can potentially be attributed to the SPR build. Data released for July, shows refinery throughput was the lowest it has been since September 2016. This slowdown in refinery throughput coupled with rising oil demand further highlights the role of SPR builds in crude demand and invariably raises the question of how long can this continue? It is assumed that China will continue to build their SPR for years to come with the IEA highlighting 2020 as a tentative completion date, with 182 million barrels of storage space yet to be commissioned (according to latest reports). However, unless further investment is made into building new storage facilities it is possible to assume that this artificial source of import demand will gradually decline”.

However, “according to a recent presentation from Sinopec, China plans to add 2.5 million b/d of refining capacity by 2020, supporting growth in Chinese oil imports into the future. In recent years the expansion of China’s refining capacity has pressured regional refining margins, as China’s refined product exports rise. Politics may impact this in the future, but expanding capacity does look set to place China in a more dominant position within the refined products market. Evidently, China will continue to have an ever greater role in the global oil market and continue to cement its position as the world’s largest crude importer. Due to declining domestic production and refinery expansions this should prove positive to tanker demand in years to come” Gibson concluded.

Meanwhile, in the crude tanker market this week, the shipbroker said that “we could easily have cut and pasted last week’s VLCC commentary with nobody realising…yet another bleak week for Owners as supply continued to swamp demand and Charterers took an easy attitude to working the new September programme. Rates remain anchored to as low as ws 37.5 to the East and low ws 20’s West for the near term, at least. Suezmaxes also showed no sign of revival and merely tracked sideways through a slack week. Rates operate at down to ws 65 to the East and to ws 27 West with some Owners deciding to ballast away. Aframaxes have tightened somewhat, but remain pegged at 80,000mt by ws 85 to Singapore though should improve a little if only moderate activity develops next week”, Gibson concluded.
Nikos Roussanoglou, Hellenic Shipping News Worldwide