The looming increase of import taxes on oil by-products in China, combined with the gradual demise of the so-called “teapot” refineries, both as a result of new Chinese policies, could have a significant impact on the product tanker market in Asia moving forward, both in a negative and a positive way. In its latest weekly report, shipbroker Gibson noted that “according to data provided by Reuters, China’s crude oil imports and refinery processing in Q1 2017 have reached new highs and painted a particularly healthy picture. Overall, despite slowing economic growth, China’s continued growth in crude oil imports since 2016 has been attributable to strong demand from independent refiners, commercial and strategic stockpiling and declining domestic production from maturing fields”.

According to Gibson however, several factors are beginning to emerge which could shake up China’s refinery sector and impact on the tanker markets. “Throughout 2016 China’s clean petroleum product (CPP) exports were boosted in part by independent or ‘teapot’ refineries being granted export quotas and competing with state-run refiners to place barrels domestically (hence stronger growth in crude imports). However, in a major shake up to the sector, it was announced in December 2016 that fuel quota export licences for independent refineries will be scrapped. Independent refineries could still export product, although this would now need to be done through state owned energy companies. This should put the CPP export market back into the hands of China’s big four state-owned refiners. In addition, favourable export permits have been granted to state oil refiners which allow for an exemption or rebate on import taxes and export taxes for oil and refined products respectively. The permits will only cover a portion of total imports and exports and will most likely affect diesel and gasoline exports equating to roughly 4.65 million tonnes worth of exports. It is important to note that removing export licenses for independent refiners should not affect China’s total exports significantly, in part due to the favourable export quotas granted to state refiners”.

However, something with the potential to have a significant impact on exports is lurking just around the corner. Gibson says that “Chinese authorities are moving closer to imposing a consumption tax on imports of oil by-products; such as mixed aromatics, light cycle oil and bitumen blend. These taxes could have negative effects on product tankers in Asia. Mixed aromatics is the main blending component of gasoline, while light cycle oil (LCO) is the same for gasoil. As both products are currently free of import duty, imports have surged in recent years, supporting record exports. According to data provided by China’s General Administration of Customs, imports of mixed aromatics reached 11.7 million tonnes in 2016 and LCO imports of 4.46 million tonnes. If imports of mixed aromatics decline significantly, then refiners will be forced to boost domestic supply which could lead to less product being available for export. An example of the impact of a consumption tax can be found in fuel oil imports into China. Imports have been declining for several years after the introduction of the tax and it looks increasingly likely that mixed aromatics and LCO imports would follow a similar trend. As mixed aromatics make up such a large share of China’s gasoline market, exporting surplus product would naturally be affected as mixed aromatics become more expensive to import. This has the potential for a double hit on product tanker trade, translating into less imports of blending components and fewer exports of finished products. However, as is often the way the closing of one door can lead to new opportunities. Potential positives could be that refiners would need to increase imports of lighter crudes (many of which originate from the Atlantic Basin) in order to increase production of gasoline. Furthermore, the decline in product exports out of China will not only reduce the regional excess but could also stimulate longer haul imports”, Gibson concluded. 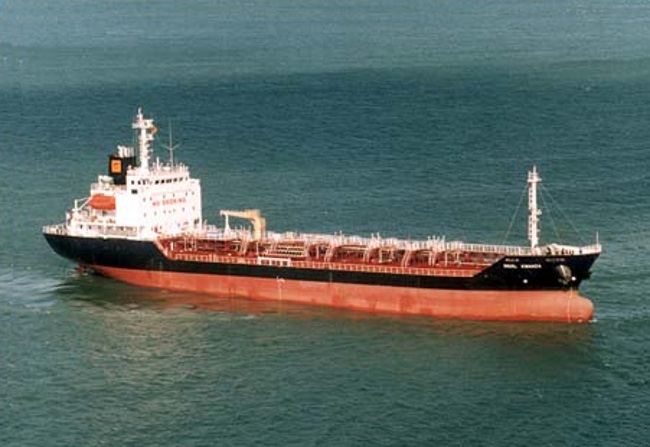 Meanwhile, in the crude tanker market this week, in the Middle East, Gibson said that “a holiday shortened week, but an active delayed start for VLCCs allowed for rates to push recent peaks to the high ws 70’s East and into the low ws 40’s to the West. Thereafter, things did slow down, but Owners retained confidence that momentum will be regained from early next week…Charterers’ compliance is not a guarantee, however. Suezmaxes, on the other hand, started slowly, but then became busier and rates started to break away from their recent handcuffs. Now, close to ws 40 to the West and into the mid ws 80’s East, with further upside at least possible. Aframaxes kept a steady profile at 80,000 by ws 117.5/120 to Singapore, but again fall short of enough interest to achieve critical mass and little early change seems likely”, the shipbroker concluded.
Nikos Roussanoglou, Hellenic Shipping News Worldwide