The tanker market has seen a significant boost over the past few months, thanks – in part – to the booming Russian oil export market. While this trend is likely to keep offering support to the market, in the short term, over the course of next year, the tanker market could face headwinds after the recent agreement between Russia and OPEC, under which the former will have to limit its oil production, in a bid to boost prices.

In its latest weekly report, shipbroker Gibson said that “Russia’s oil exports are an important demand generator for the tanker industry. However, for quite some time now many in the industry have been expecting a decline in Russia’s crude production on the back of Western sanctions, following the events in Ukraine and a collapse in oil prices. Yet, so far Russia has defied the expectations. Crude and condensate production averaged over 10.5 million b/d in 2015, up by around 150,000 b/d compared to the corresponding period in the previous year”. 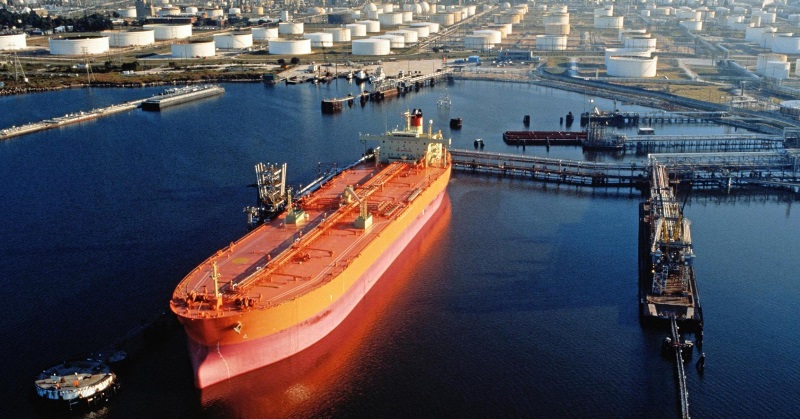 In fact according to the shipbroker, “further gains have been seen in 2016. Most notably, in September output surged to a post-Soviet high of 11.1 million b/d, according to the preliminary government data. The growth in production has been supported by investments made prior to the collapse in oil prices, while the rouble’s dramatic depreciation has cushioned the profitability of oil companies. In addition, Rosneft, which is by far the largest Russian oil producer, is intensifying its drilling effort and expenditure to maximize production at Soviet-era brownfields, where output is in decline. The company is also increasing its use of advance recovery methods, such as hydraulic fracturing and horizontal drilling. In a way, the seriousness of Rosneft’s intentions is evidenced in the recently announced acquisition of India’s Essar Oil, which will secure the company’s market share in one of the world’s fastest growing economies”.

Gibson noted that “ongoing gains in crude production coupled with a decline in refiners’ crude throughput this year have supported rising exports, almost entirely seaborne. Russian crude shipments out of the Baltic and Northern ports averaged some 250,000 b/d higher between January and August 2016 compared to the corresponding period last year; while in the East, combined exports from the Kozmino terminal, Sakhalin and De Kastri edged up by 60,000 b/d. In the Mediterranean, there also has been a modest gain in crude exports from other Former Soviet Union members: BTC volumes were up by 70,000 b/d year-on-year during the 1st eight months of 2016. In the short term, crude exports out of the Baltic and Northern ports are expected to remain at robust levels, aiding the tanker market during the upcoming winter season”. 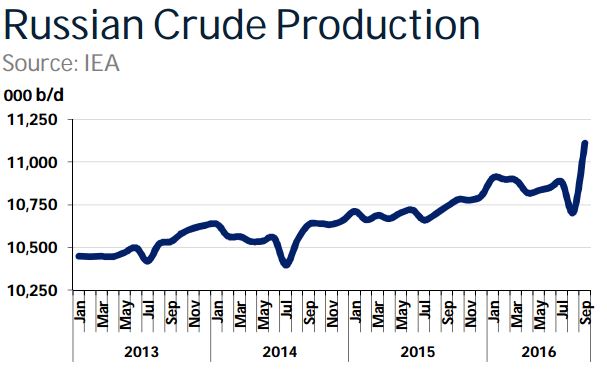 However, these plans could be under threat, following the recent announcement made by the Russian President to participate in the OPEC output cap, despite the refusal by Rosneft’s CEO for his company to engage. Gibson said that “in the Black Sea, exports of Caspian crude are forecast to increase, following the start-up of Kashagan and Filanovskoe oil fields in the 4th quarter of this year. The prospects are for a further major growth in Kazakh crude exports in 2017 and beyond, although these developments are largely linked to the successful launch and ramp up of production at the Kashagan, with initial flows expected to begin at 75,000 b/d and then increase to 370,000 b/d towards the end of next year. The picture is more uncertain when it comes to Russia. Many do not see continued growth in production. However, if the efforts currently being implemented by Rosneft to reverse the decline in its brownfield fields are successful, this could be the case. Certainly, growing production and exports will add incremental support to the tanker market, most notably in the West as the capacity on the main infrastructure link to the East – the ESPO pipeline – is already operating close to its current capacity. However, going forward the capacity of the ESPO link is expected to increase to 1.6 million b/d by 2020 from 1 million b/d currently, with around 0.7 million b/d shipped from Kozmino and another 0.3 million b/d via a pipeline spur directly into China. This is good news for the tanker market in the East, with the anticipated increase in Kozmino exports by around 0.3 million b/d. Yet, if there is no major increase in Russian crude production in the medium term and/or there is a notable increase in refinery crude intake, higher crude exports to the East will threaten seaborne exports to Western customers”, the shipbroker concluded.

Meanwhile, in the crude tanker market this week, in the Middle East, Gibson said that “October has proved the busiest month for VLCCs on record and given the volume, and recent momentum in concluding that volume, it is no surprise that rates propelled from around ws 30 to the East to as high as a peak ws 69 over the period. That said, rates are now only little better than they were in the early summer, and near equal cargo thrusts in the past have yielded far more spectacular results. Owners mustn’t grumble but the underperformance is a reflection of the much larger fleet size than in those times, and it will take almost repeat performances to ensure longer term earning averages feel the benefit. Owners will, however, be hoping for a lively kick-off to the new November programme next week to keep up the good work. Suezmaxes saw no such fun and remained largely flat line through the week on limited interest, and ongoing good availability. Rates sagged to ws 35 West and to ws 55 to the East accordingly. Aframaxes leveraged up their previous gains to 80,000 by ws 87.5 to Singapore upon improved activity, and thinner availability, and Owners are once again raising their rate sights for next week’s campaign”, the shipbroker concluded.
Nikos Roussanoglou, Hellenic Shipping News Worldwide

Previous Lessons to learn: Is Pakistan destined to be a Silicon Valley?
Next Pauline Hanson's One Nation soars in post-election poll