The Promise, the first wide-release feature film about Armenian Genocide, opens around the world 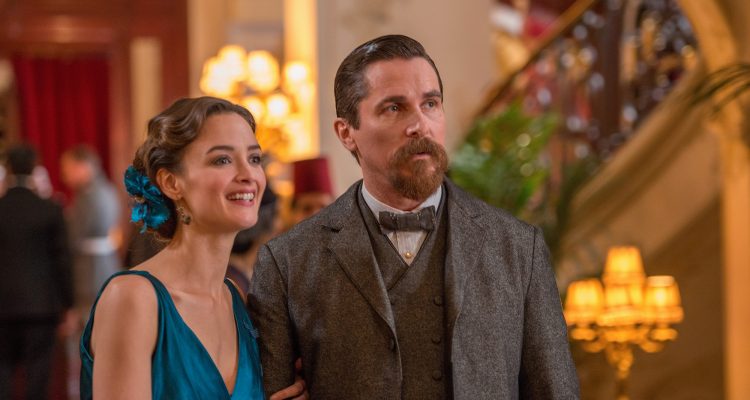 For the first time, a big budget, wide-release feature film-complete with a-list, Hollywood celebrities and a renowned, Academy Award-winning director-will depict the Armenian Genocide. This monumental film, The Promise, will be released in mainstream theaters across the United States and Canada on April 21, marking a major triumph for the Armenian community.

Produced by the legendary Kirk Kerkorian’s Survival Pictures and directed by Academy Award winner Terry George (Hotel Rwanda), The Promise features an outstanding international cast, including Oscar Isaac, Charlotte Le Bon, Christian Bale, Shohreh Aghdashloo, Angela Sarafyan, and many more. All proceeds from the film will be donated to non-profit organizations, the first time for a film of this scale.

In the film, it is 1914. As the Great War looms, the vast Ottoman Empire is crumbling. Constantinople (Istanbul)-its once vibrant, multicultural capital-is about to be consumed by chaos. Michael Boghosian (Oscar Isaac) arrives in the cosmopolitan hub as a medical student determined to bring modern medicine to Siroun, his ancestral village in southern Turkey where Turkish Muslims and Armenian Christians have lived side by side for centuries. Photo-journalist Chris Meyers (Christian Bale) has come only partly to cover geo-political news. He is mesmerized by his love for Ana (Charlotte Le Bon), an Armenian artist he has accompanied from Paris after the sudden death of her father. When Michael meets Ana, their shared Armenian heritage sparks an attraction that explodes into a romantic rivalry between the two men, even as Michael hangs on to a promise from his past. After the Turks join the war on the German side, the Empire turns violently against its own ethnic minorities. Despite their conflicts, everyone must find a way to survive-even as monumental events envelope their lives.

In addition to the all-star cast, acclaimed musician and activist Serj Tankian served as the film’s executive music consultant and contributed a modern rendition of the Armenian folk song, “Sari Siroun Yar,” to the soundtrack. “It’s been an honor to be an impartial ear and eye to the film,” said Tankian. “The best way to counter high budget disinformation campaigns by the Turkish government is to move people with the truth via the arts. I’ve been doing it for years with music and wanted to help do it through film somehow.” The original title song for the film was written and performed by Chris Cornell of the band Soundgarden and the original score was composed by Academy Award winner Gabriel Yared (The English Patient).

In addition to the release in the United States and Canada on April 21, The Promise will also be released in the Middle East (Bahrain, Egypt, Iran, Iraq, Jordan, Kuwait, Lebanon, Libya, Oman, Palestine, Qatar, Saudi Arabia, Sudan, Syria, UAE, Yemen) on April 20; in Armenia and Russia on April 27; in the United Kingdom on April 28; in Poland on May 5; in Australia on May 25; in Thailand on June 1; in Spain on June 2; in Belgium on June 14; in the Netherlands on June 15; in Singapore on June 22; in South Africa on June 23 and in Italy on August 24.